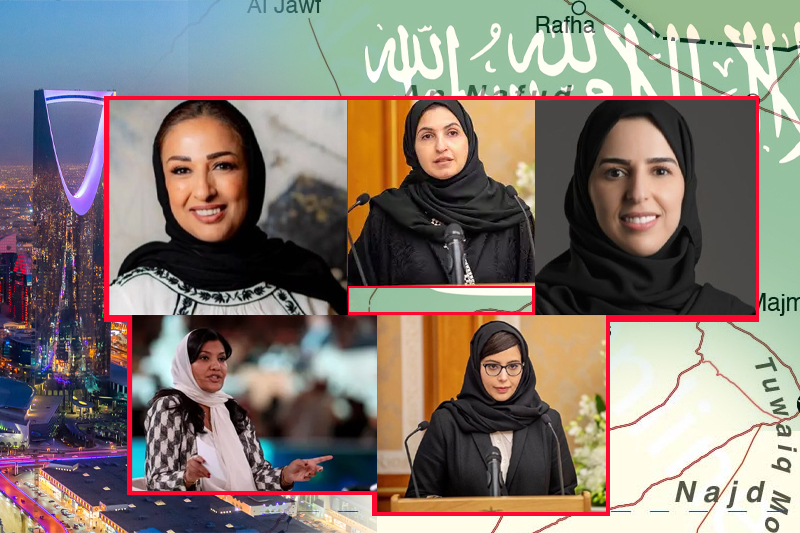 who are saudi arabia’s female ambassadors

It is common information that the kingdom of Saudi Arabia enforces stringent laws and guidelines for women; yet, in recent years, the government has made a significant number of strides toward empowering women and has provided them with excellent possibilities to further their careers. One of these steps was done by Crown Prince Mohammed bin Salman, who had the foresight to improve the condition of women in the nation and took it upon himself to take action.

The Kingdom of Saudi Arabia has thus far appointed five women to the position of ambassador. These ladies will be responsible for representing their nation at a variety of events and occasions all around the world. The names of all five of Saudi Arabia’s female ambassadors are listed here.

Princess Reema Bint Bandar Al Saud is the first female brand ambassador of Saudi Arabia. In 2019, Prince Mohammed bin Salman appointed her to the position of ambassador to the United States. Her official title is Princess.

She was reportedly the first woman in the Kingdom to serve as the president of a multi-sports organization and also served as the president of the Mass Participation Federation, according to the reports. She has spent her whole life working to promote equality and independence for women, and she is well-known for the unwavering stance that she has taken on this subject due to the strength of her convictions.

Bayt Survey says that more than 50% of workers changed their job: UAE

In the year 2021, Inas al-Shahwan was selected to serve as Saudi Arabia’s representative at the diplomatic missions in Sweden and Ireland.

In addition to having a Master’s degree in international relations from an Australian university, she is a graduate of Harvard University’s emerging leadership program and possesses a diploma from that institution. After beginning her career in the diplomatic corps in 2007, she became the very first female ambassador in the history of the Ministry of Foreign Affairs.

According to reports, she also worked as a consultant for the deputy foreign ministers in charge of political issues. Additionally, Al Shawhan was the first woman to ever occupy the post of department manager in the Department of Political and Economic Affairs under the Ministry of Foreign Affairs.

On January 3, 2023, she was given the position of ambassador and head of Saudi Arabia’s mission to the European Union and the European Atomic Energy Community. Her appointment took effect immediately. She holds two master’s degrees, one from Syracuse University in international relations and the other from the university of Colombia in conflict resolution and negotiation.

One of her degrees is in international relations, and the other is in those subjects. In addition to that, she has a history of working at the United Nations Counter-Terrorism Center and has also served as a representative for the Kingdom of the United Kingdom before the United Nations Security Council.

In addition to this, it has been reported that she was in charge of supervising the General Department of International Relations under the Ministry of Tourism. In addition to his role as one of the eight members of the executive team for the Saudi Research and Media Group, Al-Jadea formerly served as the CEO of SMRG Think.

In 2022, Amal Yahya was selected to serve as the Saudi Arabian envoy to Norway in her new role as ambassador. She attended the university of Nora bint Abdul Rahman and received her bachelor’s degree in English language studies there.

Additionally, she graduated from Denver University with a master’s degree in public communication. In the same vein, she was employed by the Saudi Human Rights Commission in the year 2019 in the capacity of Director General of Organizations and International Cooperation.

She reportedly held the position of Assistant Secretary-General at the King Abdulaziz Center for National Dialogue in Saudi Arabia.

Nisreen bint Hamad al-Shibel was recently appointed to the position of Saudi Arabia’s ambassador to Finland on January 3rd, 2023. She did so in the presence of King Salman bin Abdulaziz as she took the oath of office for the role. After that, she sent a thank-you message to the king via Twitter.

The message, which was reportedly written, said, “I extend my thanks and gratitude to the Custodian of the Two Holy Mosques, King Salman bin Abdulaziz Al Saud, and to His Highness the Crown Prince – may God protect them – for the generous trust. I pray to the Almighty that I am able to live up to their standards and that I am given the ability to do my task to the very best of my ability. I would also like to extend my gratitude to His Highness the Minister of Foreign Affairs for all of the help he has provided to the officials working at the Ministry of Foreign Affairs.”