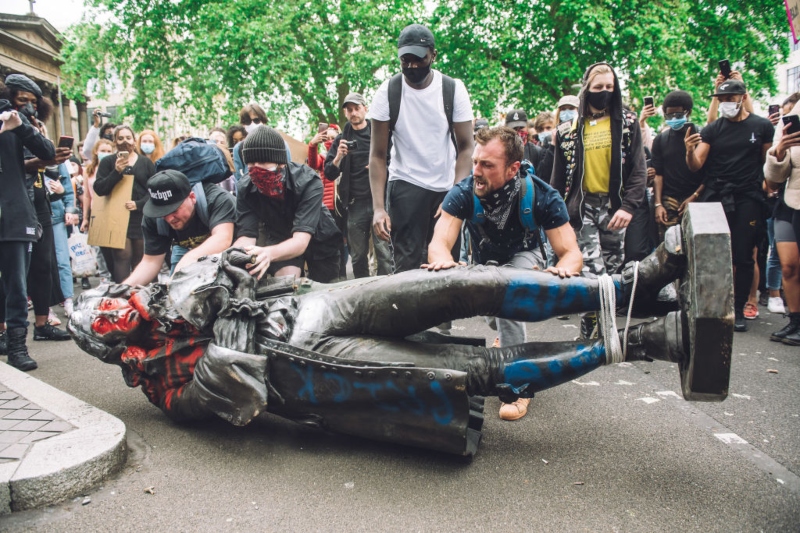 The Attorney General’s decision is shocking and should worry everybody who trusts the justice system..

Following the case’s referral to the Court of Appeal, a barrister representing one of the ‘Colston 4’ criticized the Attorney General of “stoking up culture conflicts.”

After the four people convicted of criminal damage for destroying Colston’s statue in Bristol were released in January, Ms. Suella Braverman QC MP said the High Court will offer the right scope of defense against criminal charges originating from protests.

“The Attorney General affirmed that any Court of Appeal ruling will have no effects on the verdict, as it’s a legal matter that is apart from the political factors.” “It is in the public interest to clarify the legal issues issued in such cases in the future,” she said.

“This decision by the Attorney General is highly disappointing and should concern everyone who values the credibility of our justice system,” said Raj Chada, head of criminal defense at Hodge Jones & Allen.

Who are the Colston 4?

Rhian Graham, Milo Ponsford, Sage Willoughby, and Jake Skuse, also known as the “Colston 4,” were accused of illegal damage in connection with the state’s collapsing and dropping in the harbor.

In January, a jury of 12 persons found all four defendants not guilty of criminal damage after an 11-days trial at Bristol Crown Court and two hours, 57 minutes of deliberation.

What are the opinions of Suella Braverman?

Ms Braverman, Attorney General for England and Wales and Advocate General for Northern Ireland, expressed her opinions on this case.

She stated on Wednesday that she has sought the Court of Appeal to clarify the law on whether a person can use a human rights defense in a criminal damage prosecution.

She also requested that the court explore whether juries should be able to determine whether a guilty verdict is a proportional interference with someone’s human rights.