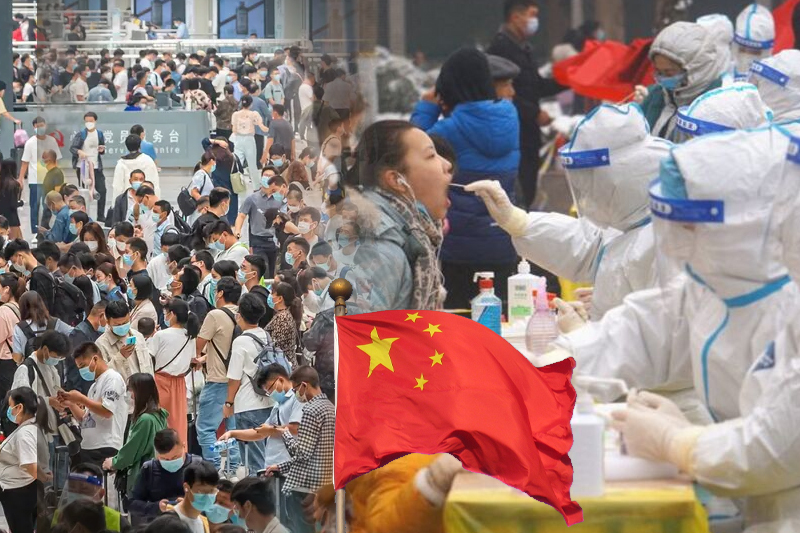 China – Cities in central China has hastily devised plans to isolate migrant workers fleeing to their hometowns from the country’s largest iPhone factory amid fears they will spread the coronavirus after leaving the Covid-hit Zhengzhou factory.

Videos posted on Chinese social media show people believed to be working at the Foxconn plant climbing over fences and carrying their belongings down the road. Earlier it was reported that a number of workers were quarantined due to the outbreak.

Foxconn, an Apple supplier headquartered in Taiwan, has about 200,000 workers at its Zhengzhou facility. He did not disclose the number of infected workers or the number who left, but said on Sunday that this would not stop them from leaving.

Zhengzhou, the capital of Henan province, reported 167 local Covid cases in the seven days to Oct. 29, up from 97 in the previous seven-day period.

On Saturday evening, nearby cities including Youzhou, Changge and Qingyang urged Foxconn workers to inform local authorities before heading home. Returning workers were required to travel point-to-point in organized vehicles and be quarantined upon arrival, according to separate letters posted on social media to Zhengzhou Foxconn workers.

Photos and videos circulating on Chinese social media since Saturday show Foxconn workers returning home, traveling through fields during the day and roads at night.

Under China’s ultra-strict Covid policy, cities have been instructed to act quickly to quell any outbreaks, with potential measures including full-blown lockdowns. On October 19, Foxconn banned dining in canteens and required workers to eat in their dormitories.

“The government has agreed to resume lunches to improve employee convenience and life satisfaction,” Foxconn said on Sunday.

The disruption to China’s Covid policy in trade and industry has intensified in recent weeks as the number of cases has risen.

Shanghai Disneyland said on Saturday that it will operate with limited capacity. On Wednesday, Universal Beijing Resort was suspended after a visit from an infected person.