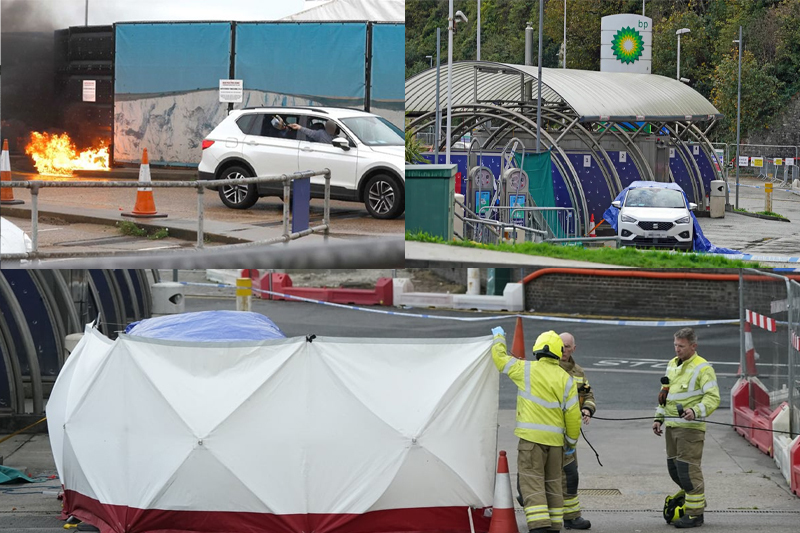 UK – On Sunday, a man threw firebombs with fireworks at a migrant processing center in the southern English port of Dover, then killed himself. The attacker, a man in a striped T-shirt, drove up to the center in a white SEAT SUV. He went out and threw three firebombs, one of which failed to explode, a photographer for the news agency said.

He then drove to a nearby gas station, tied a makeshift noose around his neck, attached it to a metal pole, and left, committing suicide, according to the Reuters news agency.

Police were unable to confirm reports of the suspect’s death and said the investigation was ongoing. Natalie Elphick, the Conservative MP for Dover, said she was “deeply shocked” by the incident.

Kent Police said in an emailed statement that officers in Dover “determined that two to three incendiary devices were thrown at the Home Office immigration office.” “One minor injury reported” and the suspect “identified and identified.”

A video posted to social media by a GB News journalist shows staff putting out a small fire on the centre’s outer wall.

A few minutes later, the police arrived and cordoned off the area. The incident comes after nearly 1,000 migrants arrived in the UK after crossing the English Channel on Saturday.