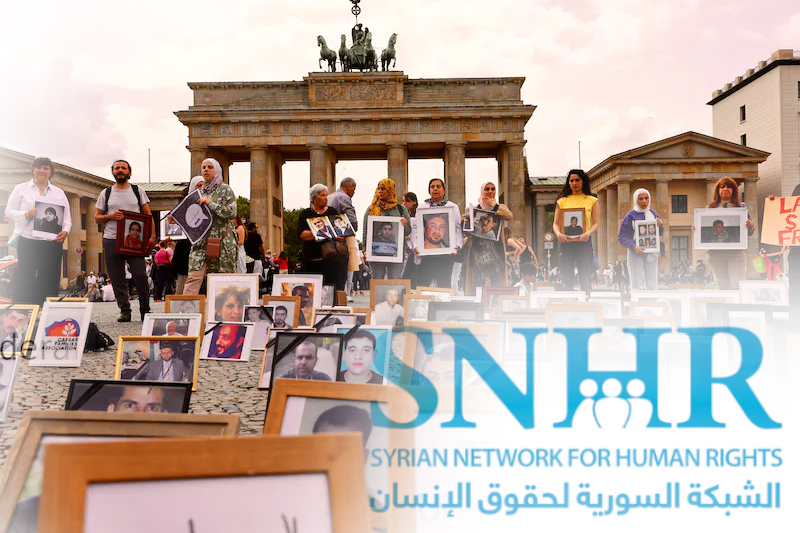 Since 2012, when the Syrian government arrested Yehya Hijazi and his two kids, their families have clung to the faith that they are still alive and would be liberated one day.

However, after a decade of quiet from the government, their expectations were dashed when the independent Syrian Network for Human Rights (SNHR) contacted the Hijazi family to inform them that it had secured death certificates for all three.

The SNHR stated that the documents attesting to the demise of Yehya and his sons were among the 547 inmate death certificates issued by the authorities since 2017 and received from government department whistleblowers.

The rights organization stated that the records revealed the fates of hundreds of missing individuals. Activists hope that they may ultimately be used in international proceedings against the government, which has been accused of crimes against humanity for its imprisonment tactics by a United Nations committee of investigation.

The authorities did not respond to SNHR’s email inquiries on the death certificates it acquired. In the past, Syrian government have disputed allegations of systematic torture and mass murders in prison.

Reuters examined 80 death certificates, including the three for the Hijazi family and those for a three-year-old girl and her six-year-old sibling.

A Syrian human rights attorney, who requested anonymity because of the sensitivity of the topic, evaluated a selection of the materials. He stated that the structure, language, and information were consistent with previous Syrian death certificates.

Reuters was unable to independently verify the authenticity of the papers.

Mohammad Hijazi stated that the family did not obtain death certificates from the government since they resided in opposition-controlled regions. He noted that contacts in government-held areas also avoided inquiring about fatalities from civil registers for fear of seeming to criticize Damascus.

The Syrian civil war erupted from a 2011 uprising against President Bashar al-regime Assad’s and has resulted in the deaths of over 350,000 people, the displacement of more than half the population, and the exodus of millions of Syrians to other countries.

The UN commission estimates that tens of thousands have been imprisoned in Syrian government detention institutions. The commission and relatives of prisoners have stated that detainees are frequently detained incommunicado, leaving their families to wonder where they are or if they are still alive.

In Syria, international rights organizations do not work freely and do not have access to prison facilities. The office of the U.N. secretary general suggested in August the establishment of a process to ascertain the fate of missing Syrians, but this has not yet occurred.

The 547 certificates included 15 children and 19 women, according to the SNHR.

Some of the eighty death certificates seen by Reuters identified military hospitals or military tribunals as the site of death. Others were imprecise regarding the location of death, stating “Damascus” or a nearby town. Some were left blank.

The certificates examined by Reuters also had considerable gaps between the date of death and when it was entered in the registry, with the majority displaying a delay of several years and one displaying a wait of ten years.

None of the death certificates reviewed by Reuters had a listing of the cause of death. According to the SNHR, this was true for all 547 cases.

The rights organization stated that it had compared the names on the death certificates to broader databases of those arrested by the Syrian government.

The organization was able to contact the relatives of 23 of the deceased. It was stated that many had guessed the demise of their loved ones prior to viewing the death certificates.

According to a 2022 report by the U.N. panel of investigation on Syria, torture and ill treatment in Syrian government jails remain “systematic.” The study also documented violations in detention institutions operated by non-government forces.

It stated that the government intentionally withheld information from the relatives of detainees and that its detention tactics constituted crimes against humanity.

The U.N. panel reported that in 2018, Syrian authorities began updating civil registers in bulk with death certificates of those who had died in captivity without their families being personally notified.

The administration did not answer concerns regarding why it had not notified the deceased’s relatives.

By accessing their family data from the civil registry, relatives in government-controlled territories may learn if their loved ones had passed away. According to the commission and the SNHR, they were not permitted access to bodies to bury them nor were they informed of the location of the remains.

Others have discovered the deaths of loved ones by recognizing them in leaked photographs taken by military photographers working in prisons, the most notable of whom was code-named Caesar.

In an interview in 2015, Assad rejected the Caesar images as unsubstantiated charges. Former prosecutors for war crimes regarded the photographs as compelling evidence of systematic torture and mass murder.

The director of the SNHR, Fadel Abdul Ghany, hoped that the huge batch of death certificates would bring some solace to those still unsure of the fate of their loved ones.

But Mohammad Hijazi continues to wait.

While he now knew the fate of his brother Yehya, he said that 40 further relatives had been detained by the Syrian government in central Syria, and the family had no information about them.