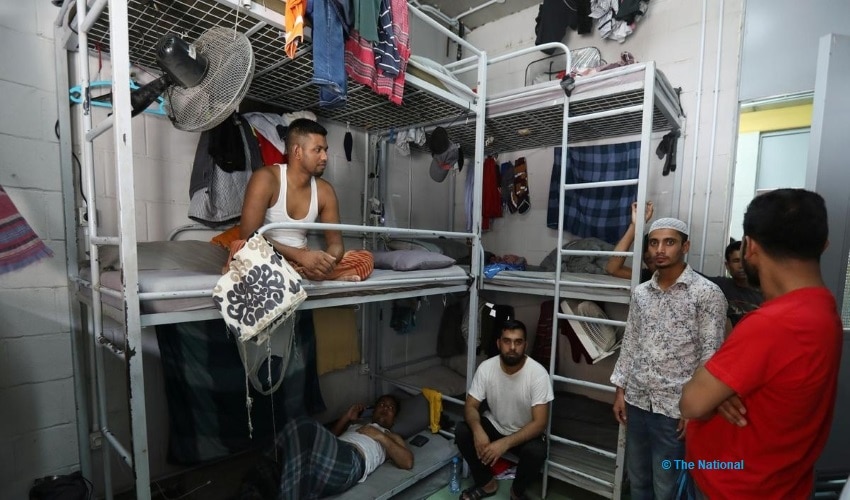 Already stranded due to the pandemic and the economic collapse gripping Lebanon, the blast only increased their desperation to go home.

Already stranded due to the pandemic and the economic collapse gripping Lebanon, the blast only increased their desperation to go home.

For the thousands of Bangladeshi workers stuck in Lebanon, the Beirut blast was the last straw. They were already facing immense hardship due to the economic downturn with many losing their jobs or facing wage cuts. Some say their employers still owe them several months’ wages which they are unable to pay. Even those that do, can only do so in Lebanese pounds which has rapidly become worthless. Amidst this came the explosion which has damaged many of their homes and led to further job loss.

Close to 1.5 lakh Bangladeshis (80,000 of them women) are living in Lebanon and at least a fifth of them are undocumented workers. Many of them live in the Greater Beirut area which has been severely affected by the blast. Out of the more than 200 people who were killed in the blast, at least four were Bangladeshis. 21 others were also injured.

Bangladesh's embassy in Lebanon confirms that two Bangladeshi workers have died in the bomb blast.

A Bangladeshi worker tells me that many migrant workers who work in #BeirutPort would have been caught up in the blast had it happened before 6 PM.

The situation is particularly bad for domestic workers, who are predominantly women. They are already vulnerable as they are working in the country under the kafala (sponsorship) system which makes them prone to abuse and exploitation. Now they have been abandoned by their employers due to the crisis and are left to fend for themselves on the streets, depending on the kindness of strangers.

There has a rising chorus of appeals to the Bangladeshi embassy in Beirut and the government back home to step up repatriation efforts. Human rights activists back home say migrants in Lebanon are under increased risk after the blast and urgent efforts must be made to bring them back home. While a plan is being devised for this, the embassy in Beirut must come forward to help its citizens.

The government has not been very encouraging, however. The Expatriates’ Welfare and Overseas Employment Minister had said that it was impossible to bring them back suddenly under the prevailing circumstances. While the ministry was thinking of a solution, he said it was the responsibility of recruiting agencies and employers to send back the workers from Lebanon. But this is unlikely given the situation in the country. Bangladeshi workers here are unable to save enough to even eat, let along support their families back home or finance their return journeys. The blast has only added to their trauma as they desperately search for a way to get back to their families.