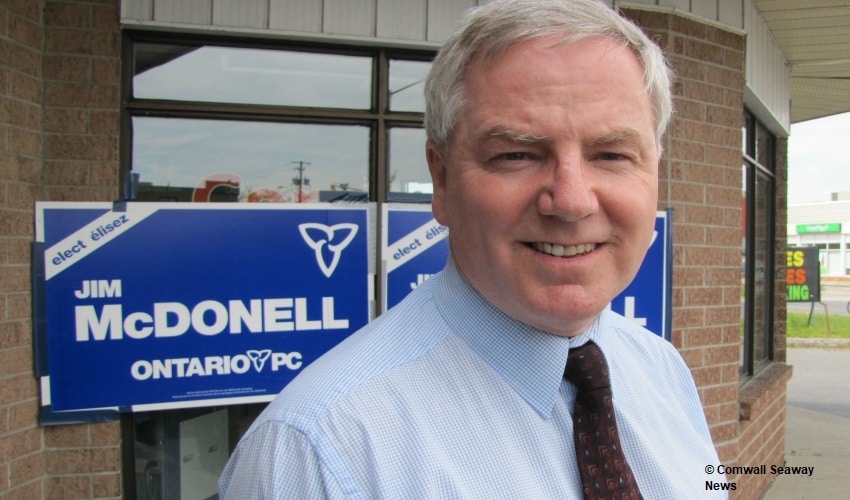 Member of Provincial Parliament (MPP) Jim McDonell is being held responsible for stripping workers of their rights in Canada, on the pretext of Covid-19.

Member of Provincial Parliament (MPP) Jim McDonell is being held responsible for stripping workers of their rights in Canada, on the pretext of Covid-19.

There is a general unrest over workers rights lost. These include overtime pay, staffing levels and worker safety that they feel is being sacrificed to respond to the pandemic.

According to the CUPE, the province’s Bill 195, also known as the Reopening Ontario Act, is actually doing more harm by taking away key protective measures from employees. An official statement to the media states that “under the Act, health care employees can have their shifts changed from days to nights, be reassigned to another job, re-located to another community, laid off without notice, and even have their parental leaves cancelled.”

Ontario is extending orders in force under the Reopening Ontario Act until September 22. The province will continue on the safe and gradual path to recovery while tackling the ongoing effects of the pandemic.

Strangely, the statement also stated that this Bill 195 was rushed through legislature. According to Progressive Conservative MPP, McDonell, the bill was essential for the reopening of the province in the best possible safest way.

The Bill 195 was termed as a flexible option to the opening of Ontario to Covid-19 response.  According to McDonell’s statement, it is a adaptable bill that functions according to changing circumstances in the pandemic situation.

But the labour and workers class has had furious outcry over the Bill 195.  They have felt let down by Ontario Premier Douglas Robert Ford. According to Ontario Federation of Labour President Patty Coates, “Mr. Ford has made a blatant overreach by the Bill 195 and an assault on democracy.”

The general outcry is over the flexibility of the law that runs the risk of overriding all the current held rights of health workers. Unless amended, the bill will override rights like vacation, hours of work and opens up the possibility of contracting out their work. It will strip away their leave of absence rights, their seniority rights as well as their health and safety rights.

Workers are now feeling insecure and cheated after having given a lot of their time and energy to fight the pandemic.

we are trying to take the most balanced approach to the whole situation.”