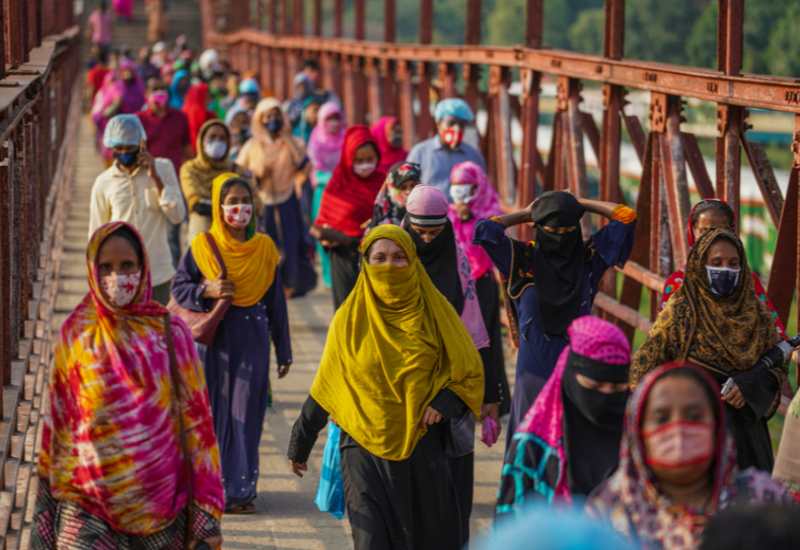 The Bangladesh government has now disbursed around $16.5million to returnee migrant workers as part of the $82 million rehabilitation package they have kept aside. There is a return of almost 4.2 million workers from elsewhere.

There are plans to help reintegrate these returning workers into the Bangladesh economy. The government is planning to do so by providing cheap loans through the Prabashi Kalyan Bank scheme. Earlier, in the second half of 2020, only $1.4 million was disbursed among workers under the package.

Bangladesh migrants have been absorbed in large numbers across the globe. But the pandemic conditions have only left with without work and forced them to come back to their land looking for alternate modes of work.

Since January 2020, the World Bank too has given away a lot of funding to help returning migrants to Bangladesh. Some 2.2 million workers returned then.  They were supported under the Recovery and Advancement of Informal Sector Employment (RAISE) project that supported about 175,000 poor urban youths and low-income micro-entrepreneurs. The money was used to enhance employability and productivity by helping them access services such as life-skills training, apprenticeship programmes, counselling, microfinance, and self-employment support.

Since then, estimates show the disbursement has reached $16 million in the first quarter of 2021. The government hopes that by June this year, the government would be able to disburse around $23.5 million. There is also a silver lining to the cloud. Around 1.44 lakh people have already gone abroad for work in the first three months of 2021.

Till March, the government received around $18.4 billion in remittances too, a large part of the economy’s support, in the current financial year, crossing the earning of the last fiscal which was $18.2 billion.

Oversees migrant workers, and the remittances the country receives through them, form a crucial segment of Bangladesh’s economy. Over the years, Bangladesh has taken several steps to diversify its overseas labor markets. According to a report by the Economic Intelligence Unit, the country earned record remittances, around $24 billion, in 2020.