Labor and Unions clash with Morrison government for workers’ rights 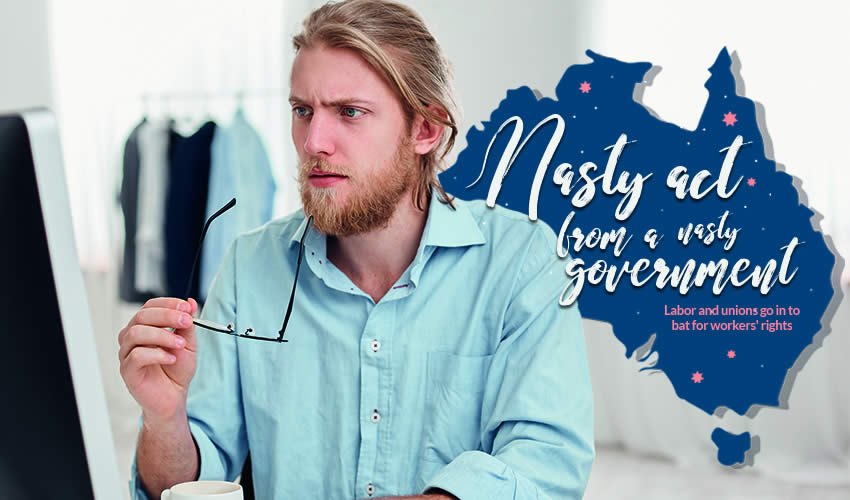 Australian Prime Minister Scott Morrison’s newly proposed industrial reforms bill has escalated a row with the Labor party and workers’ unions. The bill aimed at introducing pay cuts for workers in order to save certain businesses which were going through a critical mode due to the onslaught of the coronavirus pandemic. Morrison highlighted that the need of the hour was to keep aside the differences erupting between business groups, unions and governments and to work towards preventing the job losses.

While promoting the pros of his new industrial relations bill, Morrison said that it would allow employers and employees to make agreements that would leave them “in a better position as an organisation, as an enterprise which creates and supports jobs”. He added, “We want to see Australians earn more and you can only earn more if you’re in a job. The Labor Party may not understand … [but] if the business doesn’t exist no one has a job.”

Union representing electrical workers has urged the federal opposition to be bold and set a strong emissions reduction target for 2030, warning Labor against any “reckless” move to adopt the Morrison government’s climate policies https://t.co/XUmPuu3RdU

The bill was first introduced in April, as a response to the twin crises the nation faced—towards people’s lives and livelihood, due to the pandemic. The Morrison government touched upon the issue with the emotional catch phrase, “We are all in this together”. The government used the same tactic in May, seeing the support from workers union to work together for uplifting businesses. But the federal government tested the emotion way too much as it tried to introduce more legal restrictions on unions and established new “industrial relations reform roundtables” in June. In the words for Attorney-General Christian Porter, it was a united call “to work together to find ways to get our economy moving again and urgently regrow the jobs so many Australians have lost as a result of COVID-19”.

Labor party and workers’ unions strongly condemned the omnibus bill, which was tabled for discussion on Wednesday. Many observers believed that the issue emerged as a much needed opportunity for the Labor party to step up its political game. Australian Unions called the bill the “worst since WorkChoices” and accused the government of giving out “extreme” employer demands.

Unions highlighted that rather than continuing the existing test of “exceptional circumstances”, the bill was granting employers the power to register agreements that left workers in a weaker position. Unions demanded that the approval of Fair Work Commission should be considered in “all the circumstances”, to save the workers from undue exploitation.

Speaking against the bill, the Australian Council of Trade Unions secretary, Sally McManus had already warned of the lopsided aspect of the proposal. Sh said the bill could create “zombie” agreements leading to extensive pay cuts applicable even long after the nominal expiry of the deal. Anthony Albanese said the Coalition bill would make way for workers’ “wages and conditions to be cut and undermined”. “This is a nasty act from a nasty government that is returning to form when it comes to attacking workers’ wages and conditions,” he told reporters.

Civicus Monitor alliance: Pandemic being used as guise to abuse civil rights across the world