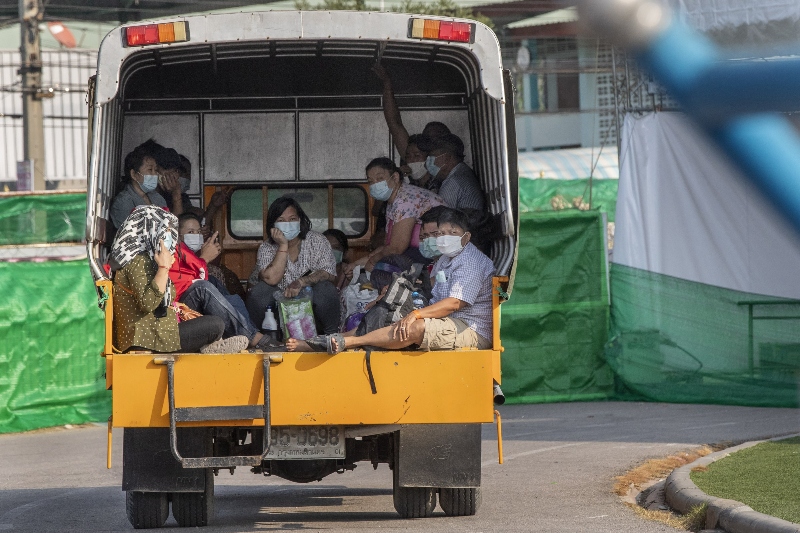 The director of the Human Rights and Development Foundation, Papop Siamhan, expressed concerns yesterday about what will happen if the COVID-19 cannot be controlled. The organization provides free legal support to migrant laborers in the Asian country. Thailand is dealing with its worst coronavirus wave, with more than two-hundreds new infections every day, raising the total so far to 10,547 cases, including 67 deaths according to Worldometer.

In early October, local communities blamed migrant workers, especially those coming from Myanmar, for spreading the pandemic in Samut. According to Thani Government official data, the district of Samut Sakhon counts about 260,000 registered migrant workers, but local activists and Workers Unions estimate the number could be more than 400,000, as many workers are undocumented. Reuters Foundation reported that three NGOs in Samut Sakhon said they had received complaints from workers who had been asked to obtain medical certificates showing negative COVID-19 test results in order to return to their jobs.

The Thai central government ensured that anyone with COVID-19 symptoms, who has visited known hotspots, or who is suspected to have been infected, can access free coronavirus testing and treatment. But some migrant workers were deemed low risk and denied tests at government hospitals, and could not afford to get tested at private hospitals that can charge more than 4,000 baht ($133), migrant worker advocates said.

Pakpoom Sawangkhum, president of the Proud Association, which helps vulnerable communities in Samut Sakhon, said some migrants are reluctant to get tested because of their illegal status, and those who tested positive refused treatment in an effort to remain in jobs. The U.N. International Organization for Migration (IOM) said all employers should meet their legal obligation to uphold equal treatment for all employees.

Geraldine Ansart, IOM’s chief of mission in Thailand, denounced that a migrant worker on minimum wage in Samut Sakhon contributing 100% of their salary for testing would have to work for an estimated nine days to cover the costs of a single COVID-19 test. “These prohibitive costs serve as a significant barrier to ensuring migrants are included in efforts to contain the COVID-19 pandemic,” she told Reuters Foundation. The Thai Department of Employment affirmed to be unaware of any employers asking migrant workers to provide medical certificates in order to return to work but would examine.

One migrant worker at a factory in the southern Thai province confirmed he had been asked to stop working without pay after being unable to afford a COVID-19 test and obtain a negative certificate to show his employer. He can’t find a new post. He can’t go back to his country due to the border closed and there are costs he needs to encounter for his family to survive. According to Thai law, an employee even if he is not working, he should receive half of his pay. This law applies to migrant and local workers without distinction.