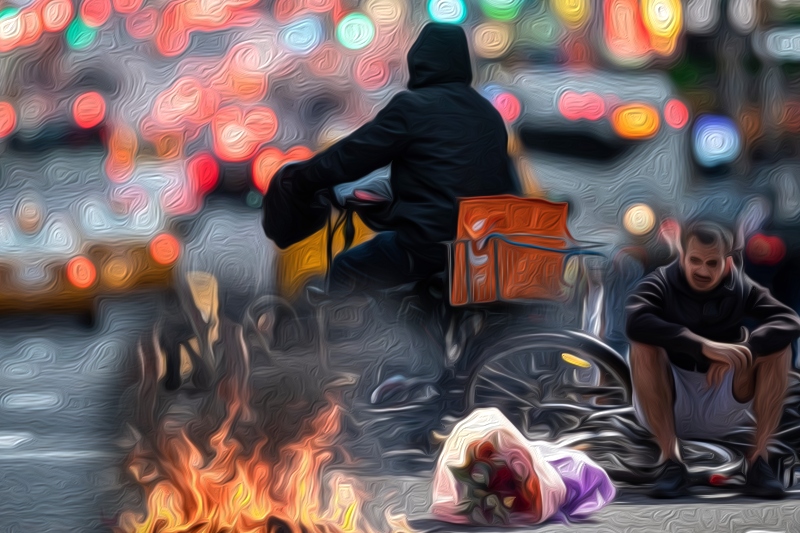 Violation Of Labour Rights: As the Covid-19 virus has hit the world economies, food delivery app. have been minting money. But on the worst of the receiving end has been the delivery boys aka runners. They have no assembled themselves into labour unions and are protesting against unfair work ethics, violating their labour rights.

Most of them having been working overtime, without proper care and rest. They have now gone arms and about against delivery companies, seeking that their labour rights be recognized and respected. According to a FES study Global Labour unrest on platforms-the case of food delivery workers, there have been several cases of violation of basic labour rights observed in more than 500 cases between January 2017 and May 2020.

Most of the incidents took place in Europe, followed by Asia, which accounted for around a quarter of all incidents, while one-sixth took place in South America.

Companies scrutinized under the study included Uber Eats, Just Eat, Deliveroo, Foodora, Zomato, and Glovo – in addition to a further 12 companies that operate regionally.Most cases were reported in China, and then UK, Spain and then Argentina.

According to the report, in terms of single companies, labour unrest was most prevalent in the UK-headquartered food delivery platform Deliveroo that has recently been pulled to court for mismanagement of labour rights. Most incidents were said to have taken place in Europe, specifically in the UK, Spain, France, Belgium and the Netherlands. Deliveroo runs in 16 different countries.

In companies such as PedidosYa, Glovo, SinDelantal and Uber Eats, workers have been raising their voices against, low pay rates, poor provisions for personal protective gear and healthcare benefits etc.

Ironically, delivery runners were put under the category of essential working staff and therefore their protection and healthcare was of paramount importance. But most delivery app companies placed their healthcare at the bottom of the list of priorities. This was more prevalent in South America.