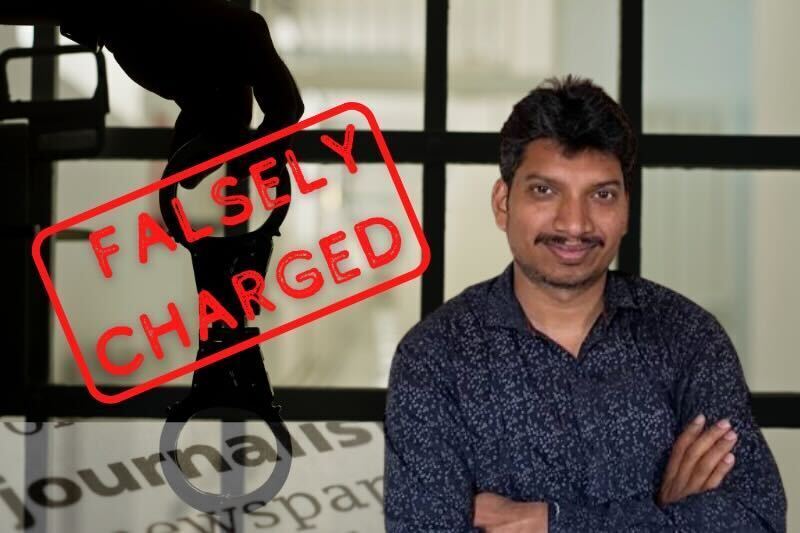 according to the un human rights council, imprisoned journalist rupesh kumar singh has been falsely charged

Washington DC : On Thursday, Mary Lawlor, the United Nations Special Rapporteur on Human Rights Defenders, stated that journalist Rupesh Kumar Singh has been wrongfully prosecuted as a form of punishment for his work on human rights issues. Lawlor also mentioned that Singh’s health may be in danger as long as he is confined to the jail.

The independent journalist was taken into custody by the Jharkhand Police Department after it was alleged that he had facilitated the transfer of funds to Maoists. After posting a thread on his Twitter account about the effects of industrial and air pollution on the people living in Jharkhand villages, Singh was taken into custody shortly after making the post.

According to what Lawlor has said, “our related worry is that Mr. Singh is being falsely prosecuted in reprisal for his legitimate human rights work.” “We additionally express concern about the health status of Mr. Singh, which could be exacerbated by sleep deprivation and its closeness with convicts who are afflicted with contagious diseases,” the letter reads.

Singh is believed to suffer from extreme discomfort and strain in the veins of his legs, which is made worse by mental tension, according to the UN official who is in charge of human rights. The letter stated, “There is a compression on his vein in his back that could be increased in stressful situations as the medication that Mr. Singh is taking requires enough sleep,” and it went on to say, “There is a possibility that this condition could become life-threatening.”

The members of Singh’s family have claimed that the police searched their residence for more than nine hours before making the arrest of the journalist a year ago. According to the non-profit organization Committee to Protect Journalists, which is located in the United States, the police searched him before arresting him and seized several of his personal belongings, including two of his mobile phones, two laptops, a hard drive, and other personal materials.