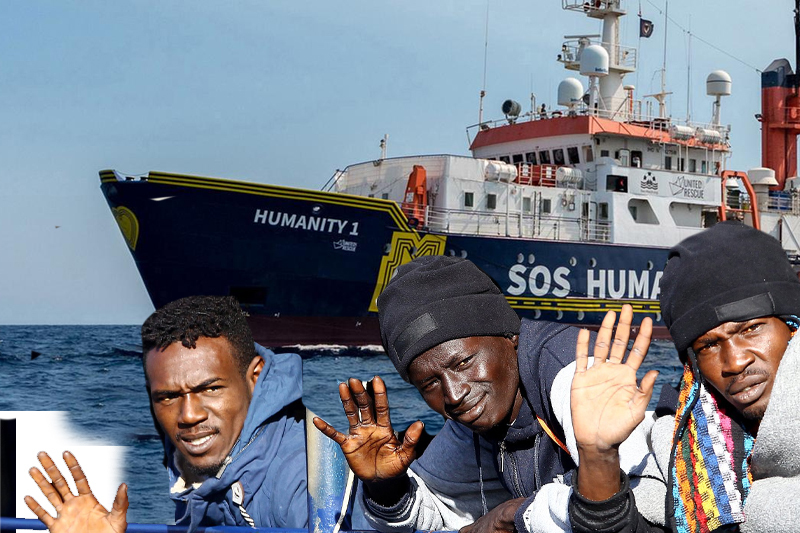 ships with 500 migrants allowed to dock in italy

More than 500 migrants were taken in by Italy on Sunday when two charity rescue ships were let to dock at ports in the south of the nation after spending several days at sea in terrible weather. Italy has vowed to take a harsh stance on immigration.

248 refugees were on board the Geo Barents ship, run by the charity Doctors without Borders (MSF), when it docked in Salerno in Campania’s southwest, according to MSF.

Another SOS Humanity-operated rescue ship, Humanity 1, docked in the port city of Bari on the other side of the nation after receiving permission from the Italian government.

SOS Humanity confirmed the ship’s arrival with 261 migrants on board in a tweet, noting that the journey had been extremely difficult and that the ship had seen waves as high as three metres and heavy winds.

The challenge for Italy’s new right-wing administration, led by Prime Minister Giorgia Meloni, is how to respond to pleas for assistance from the charity boats that pick up migrants in the Mediterranean.

Last month, tensions erupted with France, a neighbour, after France took in a boat that Italy had turned away.

According to sources in the Italian interior ministry, rather than reflecting a shift in policy, the decision to permit the two ships to dock was made because of the hazardous weather conditions and the risks to the people on board.

The charity ships are accused of aiding human traffickers and making it simpler for economic migrants to go to Italy.

According to the sources, the government was developing new laws to safeguard Italy’s borders and deter people smugglers.

According to MSF, a 14-year-old child who was travelling alone had been flown from the Geo Barents to Sicily after experiencing severe gastrointestinal pain.

A child was born on the same ship on Wednesday and later flown to Italy with his mother and three siblings.

Authorities in Zambia reported that on Sunday, police discovered the bodies of 27 men who were thought to be Ethiopian migrants who had been discarded in an agricultural area outside of the city after allegedly passing out from tiredness and hunger.

The dead were taken to the mortuary for identification and post mortems to identify the precise cause of death, while the solitary survivor was discovered alive in the early hours of Sunday morning and transferred to a Lusaka hospital for treatment, according to police.

According to early police investigations, the victims were all guys between the ages of 20 and 38 who had been discarded along a road by unidentified individuals.

Police were notified of the horrific picture by members of the public, and “Police and other security wings have already begun investigations into the matter,” according to a statement from police spokesman Danny Mwale. Zambia is a popular transit country for Ethiopian migrants heading to places like South Africa, albeit there aren’t often reports of deaths there.