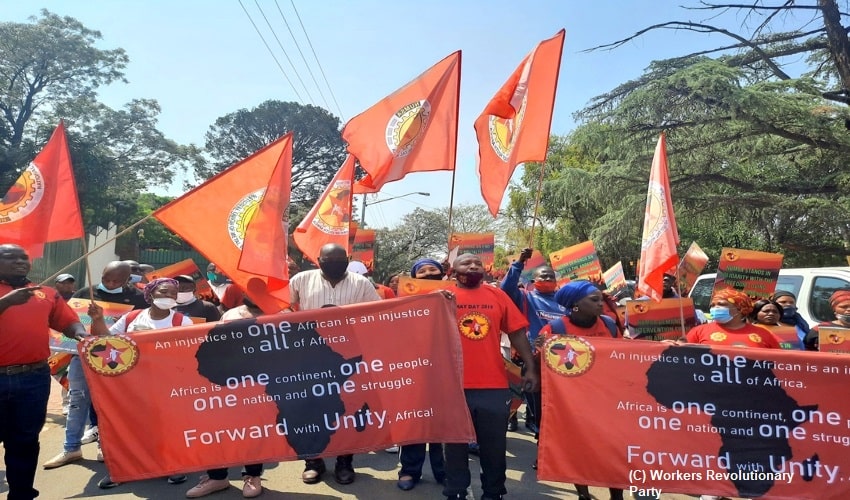 Zimbabwe has been criticized by United States of America over its recent incidents of worker rights’ crackdown and long going right abuses with tightened freedoms and ban on associations. Acting in an attempt to curb Zimbabwe of its further labour rights abuses, US has red flagged the country and threatened of further sanctions.

US Generalised System of Preferences (GSP) eligibility reviews have been initiated with the Harare government, announced the United States Trade Representative (USTR). This has been initiated due to constant suppression of country’s labour unions by the government and authorities.

U.S. presses Zimbabwe on labour rights as teachers’ unions hit out at threats

UK Parliament’s decision came as a ripple effect when Zimbabwe Miners Federation president Henrietta Rushwaya was arrested at the Robert Gabriel Mugabe International Airport while he was trying to smuggle 6kg of processed gold to Dubai, worth more than US$333,000. The sanctions slapping has made Harare react rather angrily. Foreign Affairs minister Sibusiso Moyo has said that UK must stop treating Zimbabwe as its colony.

Regarding its decision, US has said that though the South African country has always enjoyed duty-free access to the American market under GSP programme since 1980, now is the time to re-evaluate the country’s eligibility criteria citing its status and standing on human and workers rights.

As a result of this assessment, USTR is self-initiating GSP eligibility reviews for Eritrea and Zimbabwe, based on concerns related to compliance with the GSP worker rights criterion.

“Labour rights concerns in Zimbabwe relate to a lack of freedom of association, including the right of independent trade unions to organise and bargain collectively, and government crackdown on labour activists,” it added.

The labour activists in Zimbabwe who have been victims of police brutality include Zimbabwe Congress of Trade Unions president Peter Mutasa, Amalgamated Rural Teachers of Zimbabwe leaders, nurses and doctors.

I am actually glad to read this webpage posts which
includes plenty of valuable data, thanks for providing these kinds of information.

This is the right webpage for anybody who would like to understand this topic.
You understand a whole lot its almost hard to argue with
you (not that I actually would want to?HaHa). You certainly put a fresh spin on a subject that’s been discussed for
many years. Great stuff, just excellent!

Normally I do not read article on blogs, but I wish to say that this write-up very pressured me to take a look
at and do it! Your writing style has been surprised me.
Thanks, quite nice post.