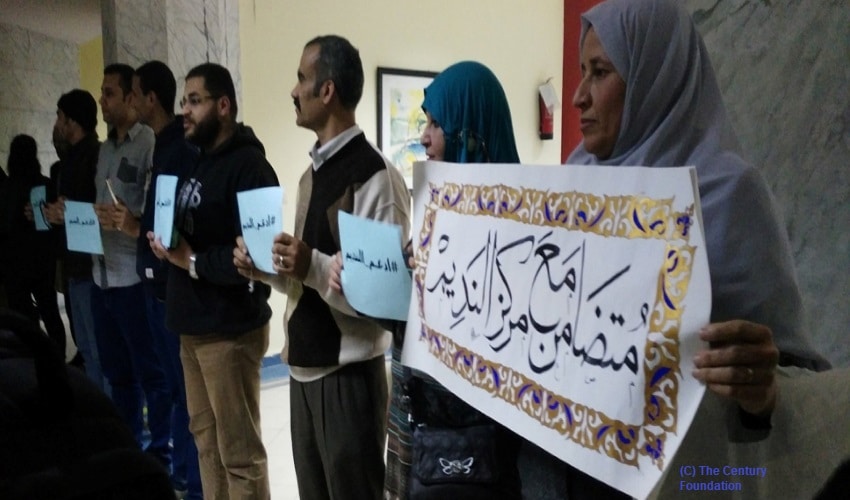 According to the Carnegie Endowment For International Peace, the Working Group on Egypt wrote a letter to the U.S. Secretary Mike Pompeo, urging him to seriously look into the escalating human rights violations in Egypt.

The letter also urged U.S. officials to press on Egyptian President Abdel Fattah al-Sisi and halt his escalating crackdown on peaceful protestors, including activists, journalists, and members of American citizens’ and families who are residing in Egypt.

According to Human Rights Watch report, On 25 August 2020, the Fifth Terrorist Circuit of the Cairo Criminal Court convicted Bahey Eldin Hassan, a proficient human rights defender, for 15 years in jail on the ground of his critical tweets, 18 human rights NGO’s stated today. The court regarded these Tweets and statements fake news and demeaning to Egypt’s legal judiciary system, the HRW revealed.

According to the HRW, under President Abdel Fattah al-Sisi, Egyptian authorities have been repressing human rights organizations and activists in an unprecedented manner. Many activists faced arrests, torment, abuse, harassment, asset freezes, and travel bans.

Recently, the U.S. authorities have slammed unjust activities against human rights defenders and many peaceful protestors in many countries, for example, China, Iran, and Venezuela—including forcing heavy sanctions in many cases. However, according to critics, the U.S. has failed to utilize similar strict measures to check the Egyptian Government.