Why Greece Is Merciless Is Expelling Migrants? 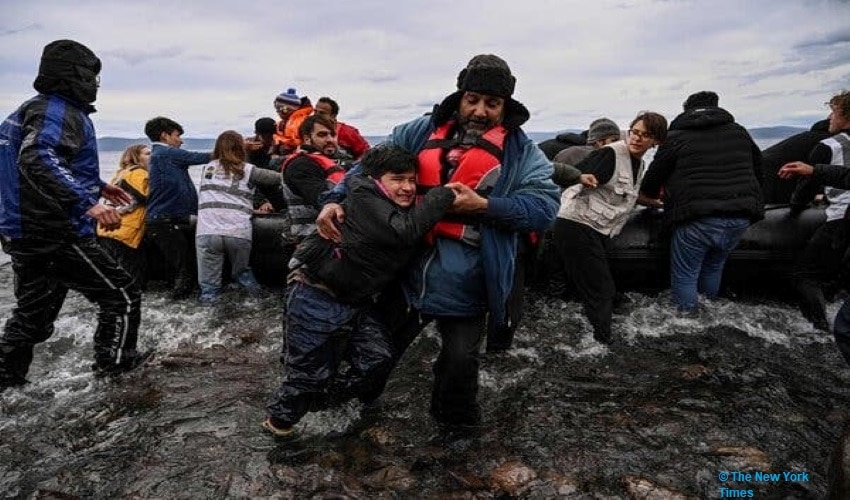 Greece is not supporting of migrant movement and tales of abuse and atrocities continue to mount unabated. There are confirmed reports that the Greek Coast Guard has been accused of abandoning asylum seekers close to the Turkish border.

Greece is not supporting of migrant movement and tales of abuse and atrocities continue to mount unabated.  There are confirmed reports that the Greek Coast Guard has been accused of abandoning asylum seekers close to the Turkish border. They make use of all the rescue equipment that is made available to them for just the opposite- rescuing people stranded at sea.

Apparently, Greek law enforcement officers have been pushing back asylum seekers and even those who are currently residing in Greece, back towards Turkey.  The movement of migrants has been increasing as the Covid-19 situation is leaving many without food, water and shelter leave alone the prospects of no way of earning a living.

There's mounting evidence that Greece has been secretly expelling thousands of migrants in recent months.

Accusation of collective expulsion has enveloped the Greek authorities and is being considered a gross violation of human rights under the European Convention on Human Rights. These findings have been confirmed by the human rights group, Human Rights Watch.

Recent set of interviews with leading media agencies has left Greek Prime Minister Kyriakos Mitsotaskis cornered. But he has tried to push back by denying all allegations of any such violation of human rights.  According to accounts shared by victims themselves, there have been summary returns from the Greek Islands of Rhodes, Samos and Symi where people have been forced onto small inflatable rescue rafts and sent off into the sea to reach Turkish border.

Most of these activities are carried out without adhering to any Covid-19 safety protocols by masked men, Greek police and Greek Coast guards together.

While the European Commission provides financial support to the Greek government for migrant control, human rights activists feel it has done very less in holding Greece responsible for its inhuman behaviour. On its part, Turkey has already been threatening to open its borders into other parts of Europe seeking help from the bloc to accept and accommodate an exodus it has accommodated since the last decade. This has included mainly Syria, Lebanon and Iraq.  The numbers have fluctuated after lock downs were opened systematically in these regions that are without a balanced running economy and hit by civil war.

Working Out while Working Online

Greetings from Carolina! I’m bored to tears at work so I
decided to check out your website on my iphone during lunch break.

I love the knowledge you provide here and can’t wait to take a look when I get home.
I’m surprised at how quick your blog loaded on my phone ..

I’m not even using WIFI, just 3G .. Anyhow, great site!
I’ll right away take hold of your rss as I can not to find your email subscription hyperlink or e-newsletter service.
Do you have any? Please permit me recognise so that I
could subscribe. Thanks. I have been browsing online more than 4 hours
today, yet I never found any interesting article like yours.

It is pretty worth enough for me. Personally,
if all site owners and bloggers made good content as you did, the net will be a lot more useful than ever before.
http://alexa.com

Superb .. I’ll bookmark your blog and take
the feeds additionally? I am satisfied to seek out a lot
of useful information right here in the submit, we want develop more strategies in this regard, thanks for sharing.
. . . . . https://lucabet168.com

It’s great that you are getting ideas from this post
as well as from our dialogue made here.

Good site you’ve got here.. It’s difficult to find good quality writing like yours nowadays.
I really appreciate people like you! Take care!!

Thankfulness to my father who stated to me on the topic of this webpage,
this website is in fact awesome.