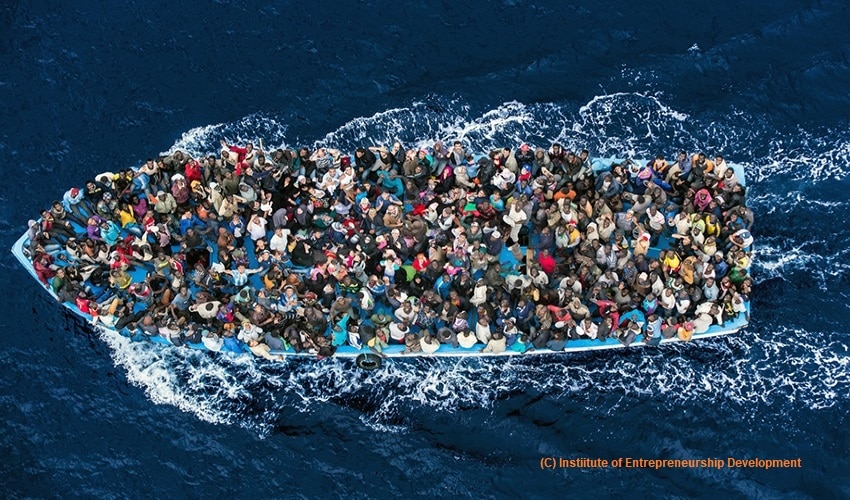 Since 2015, European borders have been strained beyond capacity to handle the exasperated numbers of migrants wishing to seek asylum.

Prolonged civil war conditions in many Middle eastern nations have forced an exodus of migrants towards European countries. Since 2015, European borders have been strained beyond capacity to handle the exasperated numbers of migrants wishing to seek asylum.

Germany managed itself well since the Chancellor of Germany, Angela Merkel had made a promise to the media that Germany would not turn away any soul in need but would mange. They used constructive ways to keep the swelling numbers in control without a human rights violation allegation against Merkel who almost lost her credibility as a leader in the process.

But the biggest problem facing the migration exodus is that there are no universal guidelines to regulate the movement of migrants across the most popular European countries.  Since 2015, Europe has given home to more than a million migrants but continues to fail in putting down proper migration and asylum policies.

Merkel had suggested a quota system of distribution amongst the EU nations, but that never took off properly.  Germany had struck a deal with Turkey in 2016, where migration could be streamlined. But that did not fall through for the other European nations.  Turkey seemed to be the only one then under its own political guise ready to accept Syrian refugees, but EU struck a deal with it for Ankara to accept the return of migrants arriving in Greece, in exchange especially for financial aid.

However, there has been dearth of proper policy in order for migrants to be taken care. Some have complaint of moving between Europe from one country to another without knowing where they could get asylum.  Somehow, Germany seems to be the only one willing to take a stand over the well being of migrant workers. Berlin is trying to push for a scheme to relocate migrants rescued at sea among roughly a dozen willing member countries, while those who refuse to take them in could contribute financial aid.

Migration through sea has become an increasing dangerous way for migrants seeking asylum. Many have perished at sea or have been even sent back home through the same boats they are smuggled to.  Recently, Greece had been diverting throngs of migrants back to the Turkey and France, refusing to give their refuge leave alone hope for getting asylum. According to EU Border Laws, asylum seekers cannot be denied entry into a member state, unless their paperwork is not in order.

Even then there have been many cases where asylum seekers have been denied entry or kept away in detention camps without being given entry into the country. This has been prevalent in countries like Greece and Turkey.

There can’t be a common European policy without common criteria for accepting asylum requests.