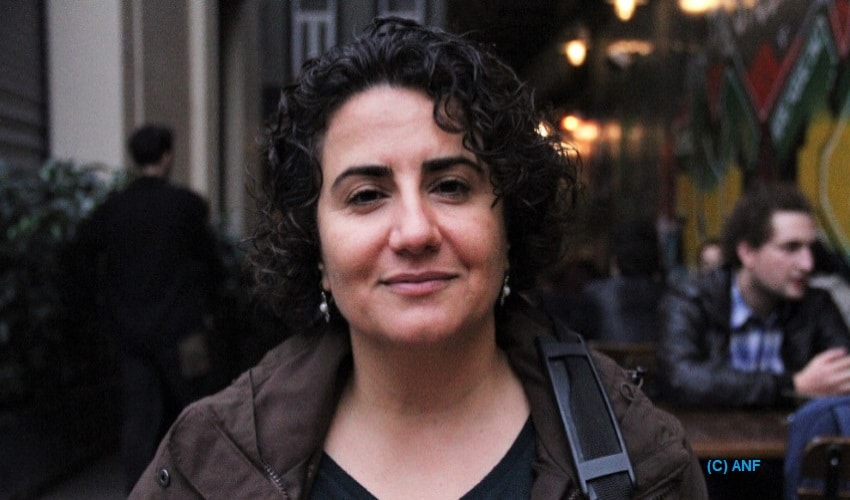 Turkish lawyer Ebru Timtik, 42, died Thursday after a hunger strike conducted in captivity for 238 days, after losing 30 kilos. Timtik was arrested in 2018 by the Erdogan regime and sentenced to 13 years and six months.

Turkish lawyer Ebru Timtik, 42, died Thursday after a hunger strike conducted in captivity for 238 days, after losing 30 kilos. Timtik was arrested in 2018 by the Erdogan regime and sentenced to 13 years and six months. Turkish authorities accused her of having served as a courier with the detainees, whom she was defending, of a clandestine Marxist-Leninist organization, the Dhkp-c, Revolutionary People’s Liberation Front, author of assassinations and suicide bombings claimed in the 1990s and 2015. Timtik, and with her 17 other lawyers, were part of a group of lawyers who ensure the defense of defendants of political crimes.

Timtik represented the family of Berkin Elvan, the teenager killed by a tear gas canister during the Gezi Park demonstrations in June 2013, the families of the 301 miners who died in the Soma colliery in 2014, and Engin Çeber, the 29-year-old  human rights activist, died of torture while in police custody in 2008. The hunger strike of Timtik and his colleague Aytaç Ünsal, 32, reached 209 days in extreme conditions, denounces the monstrous illegality of Erdogan proceedings against them. After the court competent to judge them had ordered their release due to the lack of evidence against them, the Judicial Council, now under government orders, had installed new judges overnight who had annulled the release order.

During the trial, the whole accusation was based on a single testimonial, a detainee, who remained anonymous except for the initials, “I. Ö.” The Federation of European Bar Associations published the petition, which through its lawyer, the secret accuser in question had addressed to the Supreme Court of Appeal: he declared that his testimony should not take into consideration because of his mental problems, including hallucinations. The petition included supporting medical reports.

In recent days, the Turkish Supreme Court rejected a request for Timtik’s release, accompanied by medical documentation. The court argued that she was not in danger of life. Such frighteningly prolonged fasts have become a sad habit of Turkish prisons and a source of inspiration for the infamy of skeptics. Gandhi’s fasts lasted a few days, and the longest reached 21 days. Timtik and his team only take sugar water and herbal tea, eventually just water for injection. How can you fast for so long? You can, and in the end, you die. Three others died of hunger this year in Turkey, popular musicians passed off as terrorists: the members of the folk band Grup Yorum who claimed the right to play and sing their music, Helin Bölek, 28, the singer, after 288 days of strike of hunger, their partner and activist Mustafa Koçak, also 28, who had fasted for 296 days, and bassist, Ibrahim Gökçek, after 323 days, 40 years and 40 kilos.

Erdogan’s current Turkish regime and practice rape the entire defense profession. Prisons and convictions serve to intimidate lawyers and to make them give up. The situation in prisons is awful. The closest comparison concerns Iran. Amnesty International International has just taken up the appeal for the famous Iranian lawyer for human rights, and in particular, for women, Nasrin Sotoudeh, 57, Sakharov Prize of the European Parliament. Sotoudeh began her new hunger strike on 11 August in the notorious Evin prison in Tehran, where she is in solitary confinement.

Her husband’s appeal described the woman’s concerning conditions, aggravated by the neglect of the jailers for the COVID contagion that infests Iran. Sotoudeh was already in prison between 2011 and 2014, for “propaganda against the state” and “collusion against national security.” She was arrested again in June 2018, accused of having appeared before the court without the Islamic hijab and of promoting prostitution, immorality, and indecency. In multiple trials, the regime condemned her total of 38 years and six months, and 148 lashes.