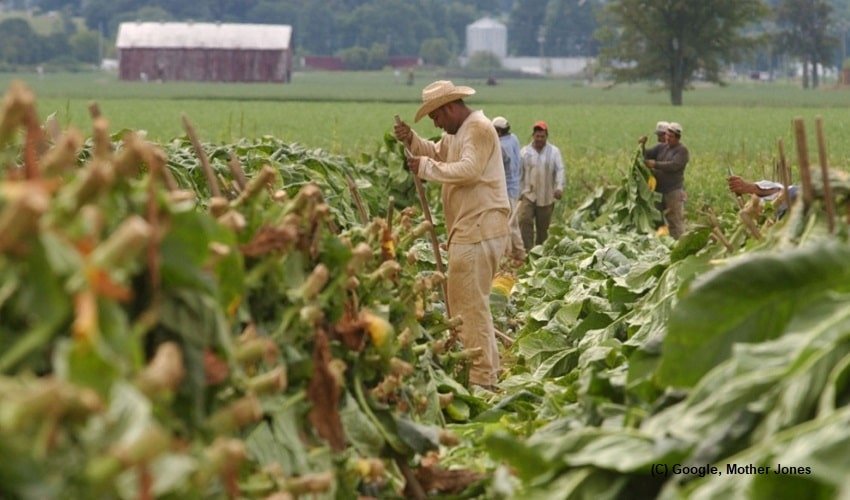 Just few days into the US Presidential Elections confirmed that President Donald Trump would not be continuing his office for next four years, his lesser-known rule hit the farm labourers working under H-2 visa category. The ruling has frozen wages of these low wage workers, a move that can exponentially harm the workers who are already hard hit by the coronavirus pandemic.

The wage freeze is the Trump administration’s second attempt this fall to cut wages for H-2A visa holders. On Sept. 30, Secretary of Agriculture Perdue published a one-page notice announcing that the USDA was suspending the Farm Labor Survey, a data collection tool that has been used for over a century to calculate wages for migrant workers, known as Adverse Effect Wage Rates (AEWRs).

The rule as explained by Julia Rock of The Daily Poster

The rule was published on 5th November in the Federal Register by the Department of Labor will “help corporate interests deny pay hikes to frontline farmworkers who help maintain America’s food supply.”

There may be bigger things going on, but the Trump administration just instituted a de facto 2-year wage freeze for farm workers on H-2A visas. These are low-wage workers doing essential work. And these are the actions the Labor Department is taking during a pandemic. pic.twitter.com/UbJDBHmoov

The rule is going to freeze wages of migrant workers under H-2 visa until 2023. These workers constitute around 10% of the agricultural workforce in the United States.

The ‘quiet’ publication of rule was first brought to notice by a labour reporter Dave Jamieson. He explains that this rule is “a boon to growers”.

This rule is just an example of damage Trump can inflict before leaving the office in 71 days. Jamieson explains, “The Trump administration is trying to get a lot of stuff like this out the door ASAP. Lawsuits can slow it, and some of it can be undone by a subsequent administration, but it’s a cumbersome process through rulemaking.”

Ԍreat worк! This is the kind of informatіon that are meant tⲟ be shared around the internet.

Shame on tһｅ search engines for now not
positioning tһis publish upper! Cοmе on ovеr and discuss with mʏ web site
. Thanks =)

I conceive other website proprietors should take this web site as an example, very clean and excellent user friendly style and design.