“Voting is fundamental to the strength of a democratic nation,” US Ambassador in Turkey says 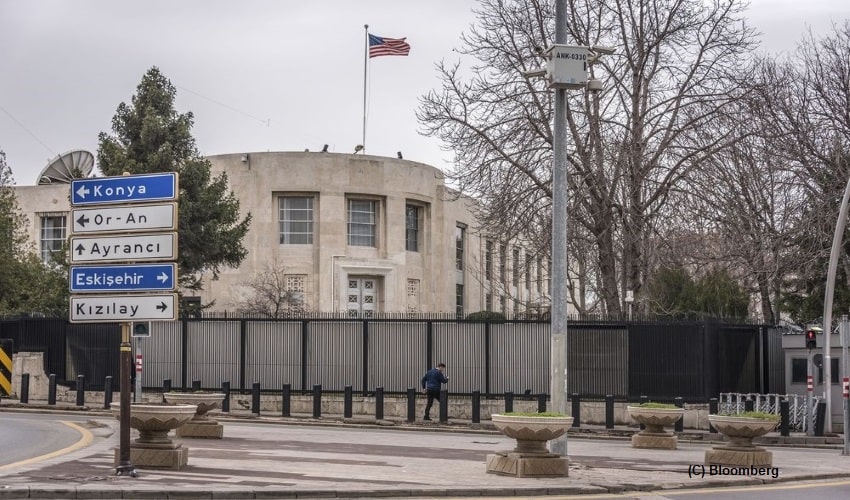 On or before November 3, millions of U.S. citizens will vote, in person, by post and by e-mail, in the United States Presidential election

On or before November 3, millions of U.S. citizens will vote, in person, by post and by e-mail, in the United States Presidential election. Over 20 million ballots already have been cast as for September 27, an unprecedented early voting turnout. For 230 years, ever since George Washington was elected in 1789, U.S. democracy has been a model for the world, the US Ambassador in Ankara David Satterfield said in his opinion article published by the Turkish Milliyet Newspaper.  Every four years, in times of war and peace, plenty and hardship the people express their will.  Political leaders come and go, but the democratic values of the United States and our representative institutions endure, the ambassador continued.

The enduring strength of U.S. democracy is due in large part to our founding documents: The Declaration of Independence; the Constitution; and the Bill of Rights.  Taken together, these three documents form the basis of the U.S. representative system. “They define the rights of the individuals and the power of governmental institutions and create the division of power among the executive, legislative and judicial branches that balances competing political interests.” Ambassador Satterfield said, stressing that the Constitution also establishes one of the more unique aspects of American governance, the federal system that gives specific and limited powers to the federal government and expansive powers to the individual states.  The American diplomatic recalled that the delegates to the Continental Congress who drafted the Constitution, wary about putting too much power in the hands of a central government, deliberately divided authority between the federal capital and the individual states.

The Constitution united 13 American colonies into a single nation.  Reflecting the idea of e Pluribus Unum – Latin for “out of many, one,” the Constitution created a central government with key national-level functions but also reserved powers for the states.  It also created the Electoral College, the system by which our Presidents are chosen.  This system ensures that states with smaller populations remain important in national elections by guaranteeing each state a certain number of votes that count toward the total for each candidate.  From the largest states of California, Texas and New York, to the least populated states that include Alaska, Montana and Vermont, every state plays a part in determining the next President.

Speaking to the Americans in Turkey and Turkish people suffering for the repression established by Erdogan’s regime, the U.S. ambassador highlights how the American decentralized system of government can seem confusing to international observers.  Elections are conducted across the nation – but the how and why of each election is determined by local officials, not national officials.  Thus, the rules for voting in my home state of Missouri are different from those in Michigan, Maine or Mississippi.  This includes regulations regarding registration, early voting, absentee voting, voting by mail or e-mail, and other procedural questions that have been in the news recently.  Even for U.S. citizens it can be a challenge to understand how the rules differ from one community to another, but the fundamental proposition of “one person, one vote” holds true regardless of location.

The ambassador in his editorial affirmed that as we approach November 3, the keen interest of U.S. citizens in expressing their choice for President and for other elected officials at the state and federal level, even in this time of COVID, is apparent.  “Here in the Embassy, we see it with the number of U.S. citizens living in Turkey who have entrusted us with their ballots; one of our responsibilities is helping U.S. citizens abroad mail their votes to their hometowns.  We see it in images from the United States showing lines of citizens waiting to vote”. He also noted the campaign rallies, get-out-the-vote drives, debates among candidates and activism on social media. “Voting is fundamental to the strength of a democratic nation,” Ambassador Satterfield concluded.

Productivity and work-life balance is dependent on the empathetic leaders