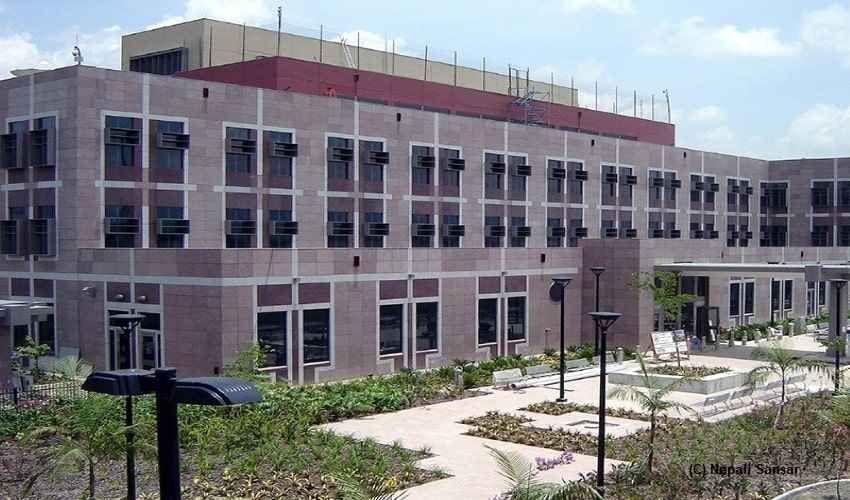 Oct 6, the US Embassy in Nepal, in a press release, clarified the growing confusion on the new guidelines in the United States Citizenship and Immigration Service (USCIS) policy manual

Oct 6, the US Embassy in Nepal, in a press release, clarified the growing confusion on the new guidelines in the United States Citizenship and Immigration Service (USCIS) policy manual.

Responding to the US immigration policy alert, the Nepal Communist Party’s (NCP) spokesperson Narayankaji Shrestha posted on his Twitter handle, “The US has straightforwardly pronounced its approach of denying a PR visa to any individual who has been or is a member of the communist party, residing in the US or abroad.

This step by the US government is a mockery of democracy and also an individual right to become an organization member. It’s a kind of capitalist democracy.”

We're concerned tht a few news stories have published misleading information abt US visas. We’d like to clarify tht there has been no change to our policy, or to our decades-old law regarding members of communist parties or totalitarian regimes traveling or immigrating to the US. pic.twitter.com/QdUdS5joLV

On Oct 2, the USCIS announced policy guidance in which communist party members from any foreign country would not be eligible for immigration to the United States.

According to the policy statement, any individual who is or has been a member of the totalitarian or communist party won’t qualify for immigration to the United States.

The agency stated that the strategy was essential for a more extensive arrangement of laws passed by the United States to maintain the security and safety of the nation.

The move came in increased pressures among Washington and Beijing, as President Donald Trump tried to block Chinese applications such as TikTok and WeChat, relating to security threats.

The United States is also thinking of imposing travel bans on members of the Chinese Communist party amid growing tension between the two nations.

Political analysts believe that any travel restrictions forced by the US would surely provoke retaliation on Americans touring China, The BBC reported.

China also denounced the Trump administration’s decision of the visa ban on Communist party members, and called it “very pathetic”.

It further included that the US will continue to work with Nepal’s government and citizens to advance bilateral relations as we’ve been accomplishing for as far back as 73 years.

The Embassy Press Release cleared the confusion by stating that “the members of Nepal Communist Party will not be automatically banned from moving to the US, but each visa case will be addressed on an individual basis.”