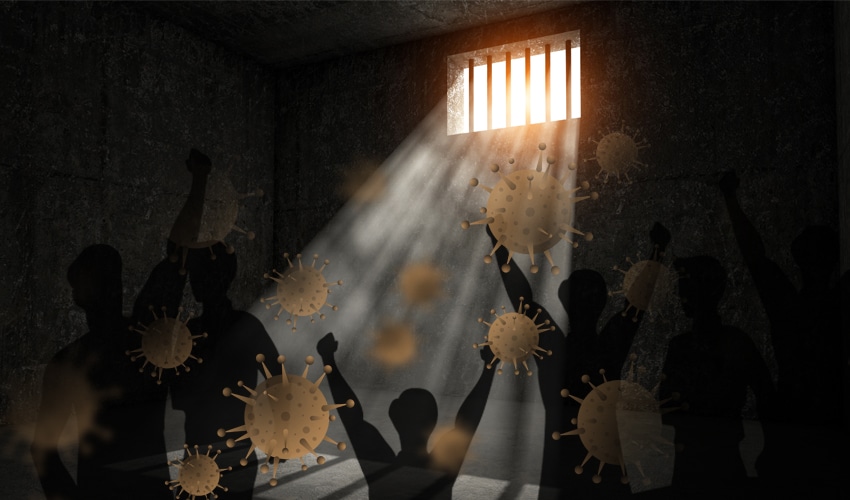 United Nations Human Rights official has called on Iran to release human rights activists and defenders, lawyers and political prisoners, who are imprisoned keeping in mind the Covid-19 concerns and the risk of contracting the infection

United Nations Human Rights official has called on Iran to release human rights activists and defenders, lawyers and political prisoners, who are imprisoned keeping in mind the Covid-19 concerns and the risk of contracting the infection.

UN human rights office (OHCHR) states that in Iranian prisons the condition of prisoners due to chronic overcrowding and deplorable sanitary and hygienic conditions is worrying and has even worsened during pandemic crisis. The coronavirus has reportedly spread among the inmates due to water shortage and lack of adequate protective equipment, testing, isolation and required treatment for Covid-19. A number of deaths as a result have been reported.

UN High Commissioner for Human Rights, Michelle Bachelet has stressed on the importance of governments taking responsibility of ensuring health and safety of all people, including detainees in the prisons.

Under international human rights law, States are responsible for the well-being, as well as the physical and mental health, of everyone in their care, including everyone deprived of their liberty People detained solely for their political views or other forms of activism in support of human rights should not be imprisoned at all, and such prisoners, should certainly not be treated more harshly or placed at greater risk

Contrary to the directives issued by Iranian judiciary in February to release inmates, the orders remain suspended with large number of inmates remaining in cells. The orders were to release prisoners temporarily to handle prison population and curb the Covid-19 spread. The order could have benefitted around 120,000 prisoners according to OHCHR data.

We consistently call on Iran’s government to release all political prisoners and support the recent efforts of the UN high office of human rights to call for extending furloughs in Iran and releasing all who are unjustly detained there https://t.co/wXcmzJlFiJ

However, people who had been sentenced for over 5 years for offenses related to “national security” had been excluded from the scheme. That meant people detained for expressing their views or exercising the rights like human rights defenders, dual and foreign nationals, lawyers, and conservationists were to remain in prisoners facing heightened risk of contracting the coronavirus infection.

One such poster case is that of Nasrin Sotoudeh, a prominent lawyer and women’s rights defender, who had been given a combined sentence of 30 years by Iran for her work related to human rights. She is at a life-threatening risk due to a heart condition and long hunger strike.

Calling the Iranian government to review its stance and act according to global laws of fair trial, Ms. Bachelet said, “Expressing dissent is not a crime. It is a fundamental right that should be protected and upheld.” She added, “It is particularly important to rectify such injustices at a time when Covid-19 is coursing through Iran’s prisons.”