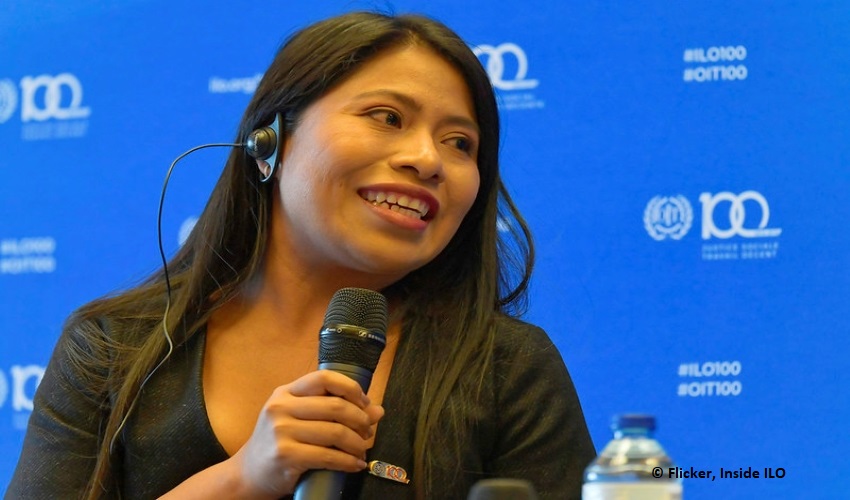 Domestic workers have been hit the hardest amid the ongoing Covid-19 pandemic. Even before the global outbreak of coronavirus, these workers had been surviving without adequate labor laws and fair wages but the pandemic onslaught turned their struggle into a nightmare, as post-corona many were left with only two options – either to put their health in danger or survive within limited means with no income.

The United Nations agencies including International Labor Origination (ILO) and United Nations Educational, Scientific and Cultural Organization (UNESCO) came forward to raise awareness about the worsening plight of domestic workers all across the world, especially amidst the lack of social security cover. Oscar-nominated actress Yalitza Aparicio, who played the character of Rose (a migrant domestic help) in the film Roma, also lent her voice to the cause.

As per the current statistics, there are about 67 million domestic workers worldwide, a majority of whom are women. The pandemic has widened the pre-existing inequalities, exposing vulnerabilities in social, political and economic systems, which caters to the needs of few. According to ILO, COVID-19 has endangered the livelihoods of over 55 million people working as domestic help, including 37 million women.

In a video message supported by the International Labor Organization (ILO), Ms. Aparicio spoke for the rights of indigenous peoples and domestic workers, and raised concern over  their vulnerability amidst pandemic times.

“Domestic workers who clean our home and take care of our family are at high risk of getting it.” She added that most of the workers, 70 percent of whom have been badly affected by the coronavirus containment measures, “work informally and receive unfair wages”.

Let’s ensure they are covered by labor law and emergency measures because by doing so, we are forging a better world.”

UNESCO Goodwill Ambassador appeal to all

A recent study by ILO, the United Nations Entity for Gender Equality and the Empowerment of Women (UN-Women) and the Economic Commission for Latin America (ECLAC) revealed that, as of early June, about 70 per cent of domestic workers in the Latin American region had been affected by measures taken to contain the pandemic.

The crisis has exacerbated existing vulnerabilities and inequalities. In addition to the specter of unemployment, informality, low social protection coverage and the lack of written contracts – in many cases – prevent them from accessing the aid established by Governments.

Vinícius Pinheiro, ILO Director for Latin America and the Caribbean

Teachers working remotely – How can they maintain work-life balance