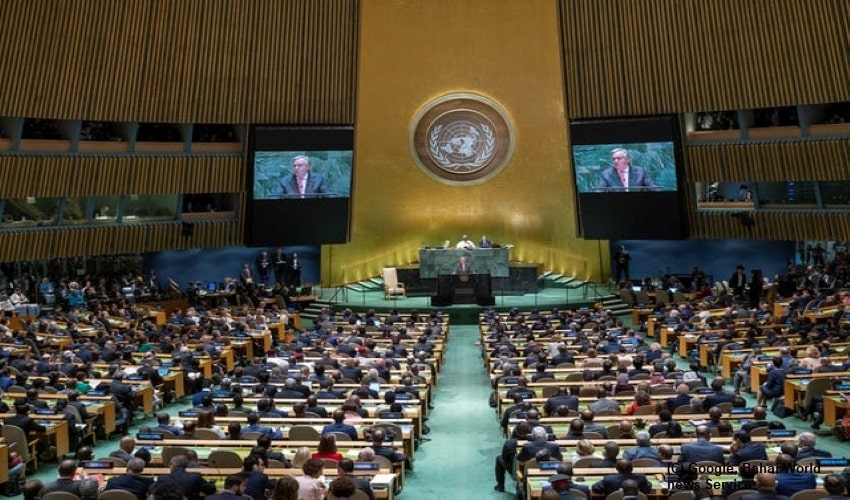 : The United Nations has adopted the 67th resolution condemning violations of human rights in Iran

The National Council of Resistance of Iran (NCRI) recently welcomed the adoption of the 67th United Nations resolution denouncing the continuous violations of human rights in Iran.

As per a statement released over the development, NCRI President-elect Maryam Rajavi has noted that the time has come to end the immunity given to criminal leaders of the current Iranian regime, adding that they must face justice for 40 years of crime against humanity.

Today, @UN adopted a Canada-led resolution calling on 🇮🇷 to comply with its international human rights obligations. Canada remains committed to defending human rights and will continue to work with international partners to hold Iran accountable for its actions. pic.twitter.com/yNlBgILfPw

In the statement, it has been stated that the UN resolution was adopted with the support of 79 votes as it illustrates grave concerns over the alarming frequency of death penalties in Iran violating basic human rights and international obligations in the Middle Eastern country.

The resolution also seeks to raise concerns over the systematic use of arbitrary arrests and detention, incidents of suspicious deaths in custody, the subjugation of the right of freedom of expression, and other violations of the Iranian judiciary and security agencies. It also raises alarming voices against the use of intimidation and harassment against political opponents, human rights activists along with violations against the human rights of women and girls.

Meanwhile, the head of the High Council for Human Rights of the Iranian Judiciary, Ali Bagheri-Kani, has criticised the UN resolution denouncing human rights violations in the country, stating that it has ignored several human rights violations carried out against Iran, including US sanctions and the killing of General Soleimani. As per media reports, he alleged that the main basis of the resolution has a number of flaws, shortcomings and contradictions, adding that it does not reflect the realities of human rights in Iran.

Despite failing to address many aspects of the flagrant violations of human rights in Iran, the UN resolution leaves no doubt that the clerical regime in #Iran is the world’s leading abuser of human rights today.

In addition, Iranian Foreign Ministry spokesperson Saeed Khatibzadeh condemned the Canadian government’s role in drafting a UN human rights resolution against the human rights violations in the country. He dismissed Canada’s draft resolution, alleging that it is an ‘unacceptable repetition of unfounded allegations based fabricated reports lacking legal basis’.

In December 2019, the United Nations General Assembly (UNGA) passed a resolution demanding Iran to put an end to the ongoing human rights violations in the country. Significantly, the draft resolution was proposed by Canada, calling on Iran to release those persons who were detained for participating in peaceful protests or for exercising their basic human rights and fundamental freedoms.

Academy for Women Entrepreneurs Program launched in Namibia by US Ambassador