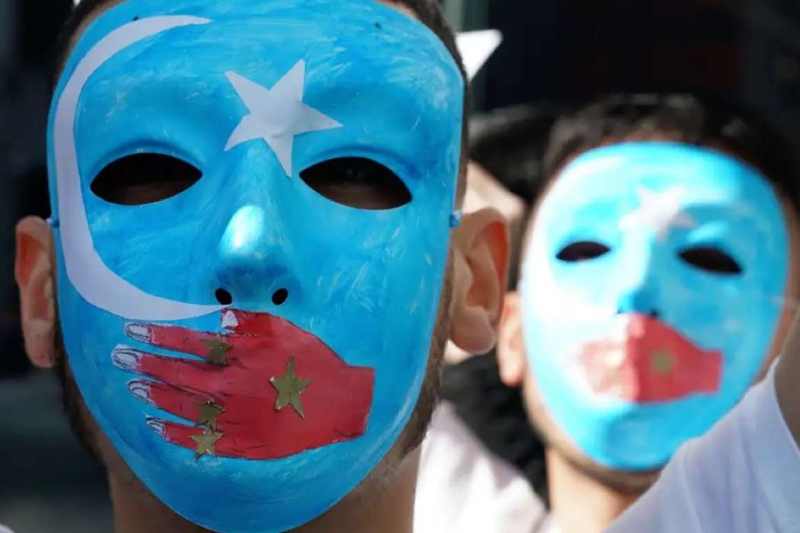 The Uighur Muslim community residing in Turkey staged a demonstration at the Chinese Embassy, demanding the whereabouts of their relatives.

Apparently, the Turkish residents feel that their family members are being kept in Chinese cleansing aka detention camps. While the world is continuing to speak out against the way the Chinese government is mistreating the minorities, the Chinese government continues to put them away behind bars.  It has been confirmed that more than a million Uighurs and other largely Muslim minorities have been swept into prisons and detention camps in China. At times, China calls in an educational cleansing process and at other times, it has called it an anti-terrorism measure.

Turkey is been one of the few countries that have shown great clemency towards the Uighur community. But as its trade relationship strengthens with China, it has become less sympathetic towards the minority community. For years, Uighurs have established their homes in Turkey looking to reestablish themselves.

As people gather to move towards the embassy, they were not allowed to come any closer to 300 meters of the embassy. Apparently, the police did not let media cover the event either and rounded up some 4-5 individuals that were escorted away in a police van.

There is evident panic in Turkey over a ratified extradition bill as well. The recently ratified extradition treaty between China and Turkey was signed years ago. There is evident fear amongst the Uighur community that they could be sent back to the country they fled. On its part, Turkey has yet to ratify the agreement. Beijing continues to hold the stand that the ratification is meant to target only terrorism-related communities or outfits. However, it does not show (in-action) that it will not change its stance against minority communities that have been harassed for years together due to their religious beliefs that are contrary to the one prescribed by China.

Off late, it has been rounding up people and putting them in prison on the pretext of its anti-terrorism measures.

The Uighur community has been harassed into forced labor in Chinese factories at the time of the pandemic, risking their safety. Most were forcefully employed to produce PPE that was being sold in mass numbers from China worldwide.