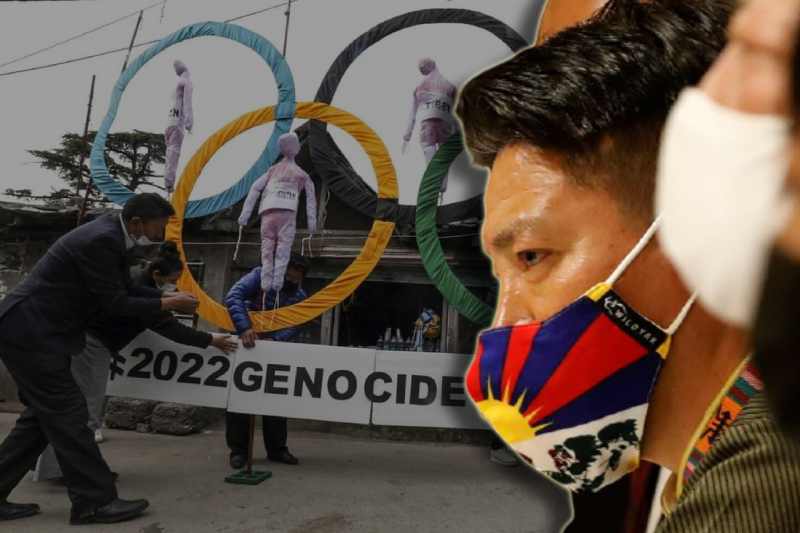 The Chinese government has been facing global criticism for its human rights abuses against Uighur Muslims and other ethnic minorities in Xinjiang and other provinces. Amid this development, a coalition of over 180 human rights groups recently called for a boycott of the 2022 Beijing Winter Olympic Games.

With the Winter Olympics Games scheduled to start from February 4, 2022, in Beijing, rights organizations are calling on world governments to boycott the sports event in protest against the Chinese government’s “unrelenting crackdown on basic freedom and human rights.”

In an open letter, rights groups have pointed out that the International Olympic Committee has been ignoring a global call to move the Games out of China. They asserted that the IOC refused to listen to boycott calls in 2008 when Beijing hosted the Olympics on the promise that it would improve human rights in the country.

“Now, in 2021, we find ourselves back in the same position with the IOC who are refusing to act despite the clear evidence of genocide and widespread and worsening human rights failures,” the letter read.

In response to IOC’s inaction against China, the rights groups urged world governments to have the “political will” to push back against Beijing’s deplorable human rights abuses.

Meanwhile, China has been dismissing reports of rights violations and forced labour against Uighurs and other ethnic communities, claiming that it is working for their welfare. Responding to the letter, China’s foreign ministry spokesperson, Wang Wenbin, said that all Winter Games lovers are looking forward to participating part in the Beijing 2022 Winter Olympics, despite several calls for its boycott.

“It is highly irresponsible for some parties to try and disrupt, intervene, and sabotage the preparation and holding of the Beijing Winter Olympic Games to serve their political interests,” he said at a press briefing.

Last week, the Human Rights Watch (HRW) also called out the IOC for its failure to confront Beijing’s rights violations and carry out its due diligence commitments for the 2022 Beijing Games.

In recent years, more than 30 countries have condemned gross human rights violations in China. A number of governments, including Canada’s, have also written to the IOC to relocate the games from Beijing to another country, citing humanitarian abuses against ethnic minorities in China’s Xinjiang province.

In January 2021, the US also declared that Beijing is committing “genocide” against Uighurs Muslims in northwest China. As per reports, the Chinese government is forcefully detaining millions of Uighurs in concentration camps where women are being subjected to forced abortion and sterilization.