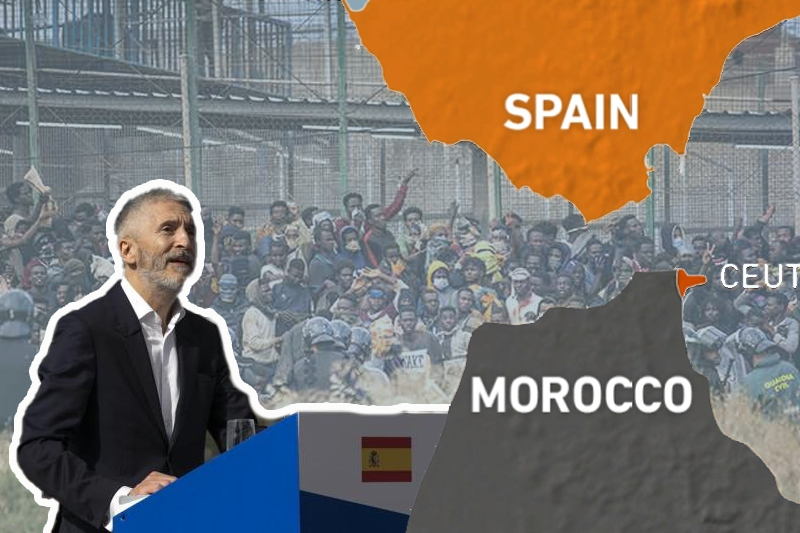 spain under pressure over migrant deaths on moroccan border

In one of the worst tragedies on a European frontier in many years, at least 23 people were crushed to death and many other injured when around 2000 people from Africa tried to cross into European Union’s only land border with the continent between Morocco and Spain’s Melilla. The incident that happened on June 24 had the thousands of migrants, majority from Sudan, trying to storm through 6 metre high fence. According to the Moroccan Association for Human Rights (AMDH), at least 77 people are missing after the incident.

An investigation has been opened by the Spain’s state prosecutor, with chances that the reports of inquiry might be politically damaging for Spain and trigger challenge from Rabat. On the other hand, migrant aid organizations have blamed both Morocco and Spain for covering up the incident and details into the event.

Addressing the plight of scores of migrants trying to cross from Africa into EU through land, the Council of Europe’s Human Rights Commissioner said that “migrants in Morocco had no genuine and effective access to asylum in Melilla, leaving them with little choice but to try to cross illegally”. The governments of both nations have defended their forces citing the violence from migrants.

“I have said it before, and I will repeat it again: We are talking about tragic events that took place outside our country. There has been no loss of life on national territory,” the Spanish interior minister Fernando Grande-Marlaska said last week in the Spanish parliament insisting that no deaths had occurred on Spanish soil, and that this releases Madrid from bearing any responsibility for the tragedy.

Elena Munoz, legal spokesman of the Spanish Commission for Refugee Aid, an NGO, said, “In the June incident that 460 people were returned from Spain to Melilla without the right to claim asylum, thereby contravening international migration law, which states migrants should have 24 hours to make this claim.” She added, “There are two investigations underway from the state prosecutor and the ombudsman to try to find out what happened. Already, the Council of Europe has said it is impossible for migrants to claim asylum in Melilla, so they must climb over the fences.”