Thousands of seasonal migrants from Moroccan stuck in Spain 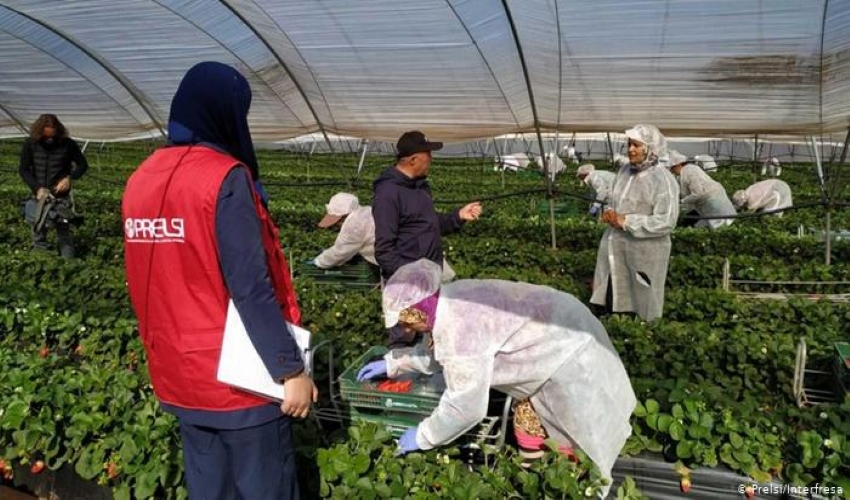 The migrants, mostly women, who come to Huelva every year for the strawberry harvest season are unable to go back home due to pandemic-related travel restrictions.

The migrants, mostly women, who come to Huelva every year for the strawberry harvest season are unable to go back home due to pandemic-related travel restrictions.

Every year thousands of migrants from Morocco land up in Huelva for strawberry picking season. This year only half of them made it through before the pandemic shut borders and brought international travel to a standstill. The migrants, mostly women, have work till mid-June after which their contracts expire and they head home. But this year, they have been forced to stay back longer, with money running out and their country refusing to repatriate them.

Some women, who were sick or pregnant were able to return home, but the rest are stuck here, increasingly dependent on handouts by neighbours and NGOs. Normally, their accommodation is taken care of by the companies that employ them. They have very little money in hand, choosing to send most of it back home to Morocco. Some have been moving around, trying to find work in other fields.

These temporary homes, which are ill-ventilated without proper toilets or running water, have now become prisons for these women waiting to go home. So far, fortunately, none of the harvest workers has tested positive and the virus seems to be receding from Europe. The conditions in the accommodation would have been most unsuitable during an outbreak, what with the lack of hygiene and ability to practise social distancing.

Last week, around mid-July, Morocco finally agreed to allow the seasonal workers to come back by either air or sea but only through designated points in France and Italy. Many of the workers say they do not have the funds to undertake this long journey to reach their port of departure. Besides Morocco has put the onus of testing the workers on local governments, saying it won’t accept those who test positive.

The apathy exhibited by the Moroccan government in repatriating their own citizens has irked local farmers and growers’ associations who are now looking to diversify their source of labour from Morocco to other Eastern European countries. But migrants’ rights activists say that replacing one nationality with another doesn’t change the slave-like conditions under which these women work. Better terms of employment would attract local people to these jobs considering the region has traditionally seen high unemployment.

Teachers working remotely – How can they maintain work-life balance