Quebec will present legislation to improve regulation of child labor 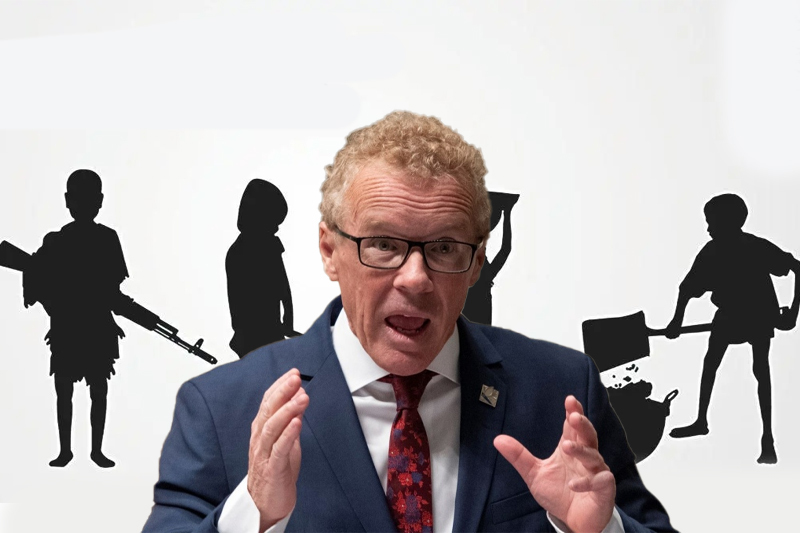 The Canadian Press has heard that Quebec’s minister of labor will introduce a measure to limit the participation of children in the labor market as early as February.

Shortly after receiving a report from the Comité consultatif du travail et de la main-d’oeuvre (CCTM), or Advisory Committee on Labour and Workforce, Minister Jean Boulet confirmed his plans to the news agency.

The coalition of labor unions and employer groups unanimously urges that the minimum age of work be lowered to 14.

In simple English, this would indicate that 11-, 12-, and 13-year-olds would no longer be permitted to work, except exceptions given by regulation.

During the school year, the CCTM recommends that teenagers between the ages of 14 and 16 be barred from working more than 17 hours per week, including weekends.

Monday through Friday would be capped at ten hours. During holidays and spring break, the latter two limitations would not apply. Amid a labor crisis, an increasing number of children are entering the workforce.

In 2021, the number of accidents involving children under the age of 16 will grow by 36%, while the number of students who dropout of school will also increase by 36%.

In June of last year, Boulet analyzed the current legislation, which led him to identify “improvement potential” in the Act governing labor standards.

He is committed to passing legislation “based on” the CCTM report, but cannot promise that all of its suggestions will be incorporated.

Bank of Canada raises interest rate by 50 percent to 4.25 pc

“What is essential is ensuring that the job does not interfere with the academic career and that it allows for school persistence… Too many hours contribute to a higher dropout rate,” he remarked in an interview.

He emphasized that we must “guard youth” properly.

“We must ensure that 12 and 13-year-olds are not forced to work in restaurant kitchens or sawmills…. We cannot tolerate that.”

“Age is one factor, but the inclusion of the suggestions will have a significant effect,” he explained. Additionally, the CCTM suggests more focused awareness initiatives.

The committee would also like the Labor and Employment Ministries to document more instances of child labor in order to better comprehend its progression.

This would include having a more accurate data picture, such as the number of workers, their age, and their industry.

According to the CCTM, it should also be incorporated into the legislation that all restrictions pertaining to child labor must always be read with the children’s growth and academic performance in mind.

“We have to be better,” stated Boulet. “We won’t remove all dangers … But we need to improve.”