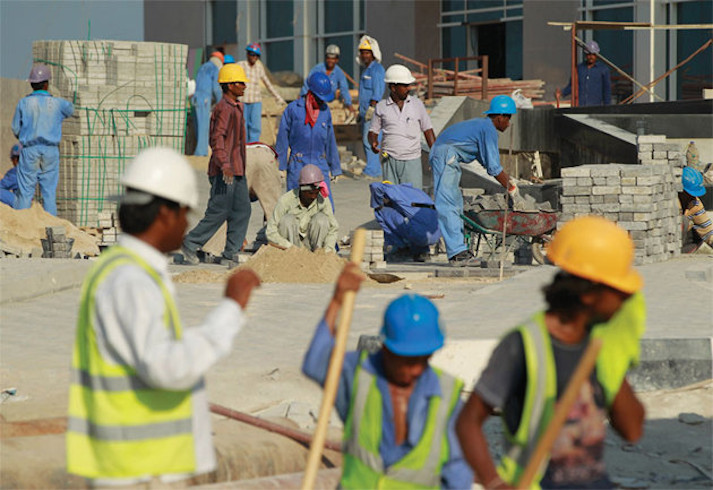 The Qatari government recognized the violations that affected thousands of workers working in World Cup facilities, after widespread protests in Doha by workers.

The Qatari government’s recognition came in a statement published by the government’s liaison office regarding the results of the investigation into the workers ’strike in the Al-Shahaniya area near Doha, Sky News reported.

The Qatari government acknowledged the delay in payment of wages to workers for a period of two months, and the results of the investigation revealed that the reason behind the late delivery of workers’ wages was “a negative flow” with the two companies concerned in this regard, which came as a result of “the late payment by other elements in the supply chain”, according to the statement .

Human Rights Watch said in a report that hundreds of migrant workers in Qatar went on strike in protest of what they described as “poor working conditions and threats to cut wages.”

The organization added that despite some labor reforms being implemented over the past year, the Qatari authorities have not abolished the exploitative bailout system, which fuels violations and gives employers excessive authority over workers.

Qatari law still prohibits migrant workers from joining unions or participating in strikes, “according to the organization.

Despite the Qatari recognition, the original complaint of thousands of workers is still outstanding and has not been addressed, as living conditions and human rights violations continue to haunt the Qatari government, which will face a report from the Human Rights Council that includes violations against workers as well as arbitrary measures against the citizens of Qatar who Their nationality was withdrawn. Follow us for more articles migrant workers news.