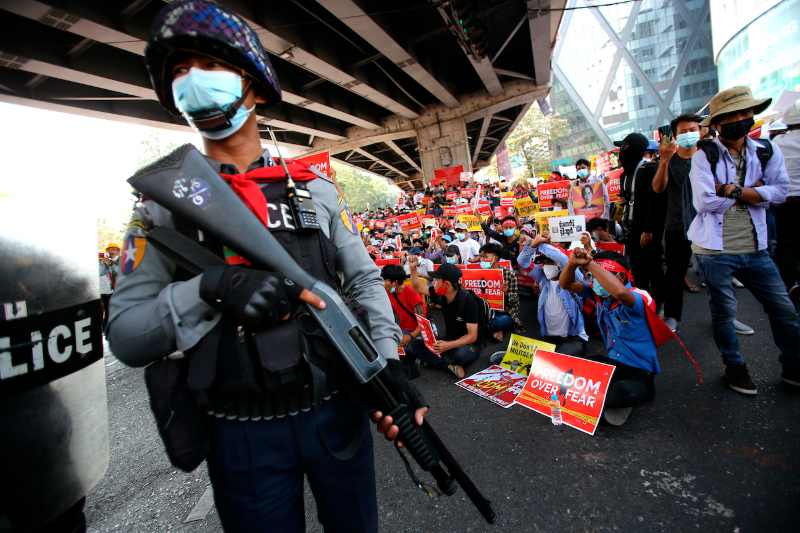 The situation in Myanmar has gone to levels where an arms embargo might be put into place by the United Nations Security Council. This has been a strong-worded request put forward by 137 nongovernmental groups and 31 countries for the sake of the safety of the Myanmar civilians.

After a decade of fighting for a sane government and democracy to come into action, the army-led representation in the opposing political party went against the government that was to come into power a few weeks back. They declared martial rule and put all the members of the parliament under house arrest.

As the military can be seen floating around the country again, UN Security Council has felt the need to create a safety net for the sake of the common man’s safety. Anti-coup protestors can be seen thronging the length and breadth of the country.

If put into place, countries that have been supplying arms to Myanmar will have to adhere to the embargo. This is in good faith of international peace and security. The nations include China, India, Israel, North Korea, Philippines, Russia and Ukraine.

As the military has gone berserk and anarchic, there is little hope that a stable government can be put back into place, as since their February coup, the November 2020 election results stand nullified. This would mean that the nation will have to go through fresh elections for a stable government to come into place again.  Because the military had representation from the opposition party and had occupied less but a few seats in the parliament, it can veto the formation of the government, if found in majority.

It has been confirmed that the security forces have at times used lethal force on the civilians that are protesting across the country against the military coup. According to the Human Right Watch, it will be necessary for the “Security Council members to draft a resolution that bars the direct and indirect supply, sale, or transfer to the junta of all weapons, munitions, and other military-related equipment, including dual-use goods such as vehicles and communications and surveillance equipment, as well as barring the provision of training, intelligence, and other military assistance, the groups said. This should be accompanied by a robust monitoring and enforcement mechanism, including close scrutiny of sales to third parties that may be likely to resell such items to Myanmar.”

There are chances of a Syrian atrocity repeated if this kind of lack of governance is supported by goon policing that is supplied with weaponry. A junta styled with military-like control has been using tear gas, physical power, and beating as ways to control and deadening the voices of the civilians that have been thronging the UN offices in Yangon, seeking international support to restore peace in their country.

The media has been reporting on various war-like crimes being committed by the commander-in-chief, Sr. Gen. Min Aung Hlaing, and several junta officials in Rakhine, Kachin, Shan, and the Chin States already.