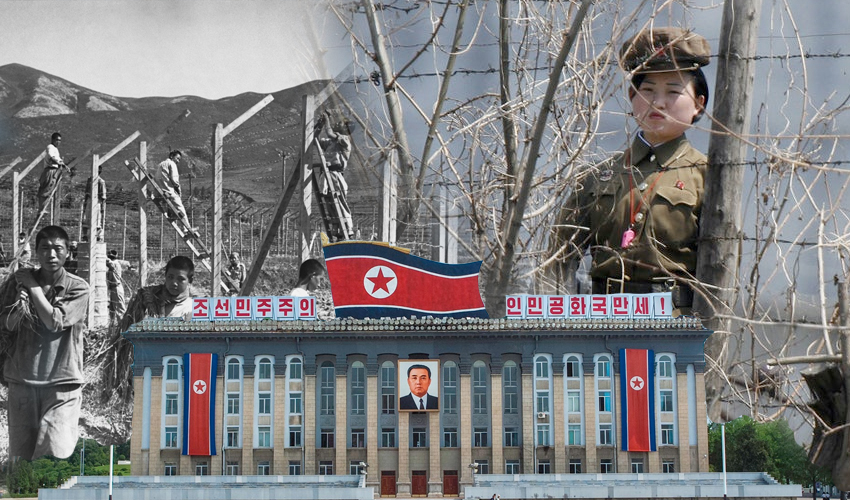 The report titled, “Worth Leas than an Animal: Abuse and Due Process Violations in Pretoria Detention in North Korea”, highlighted how the country has been conducting human rights violations and scrapping procedures to make way for abusive per-trial detention.

On Monday, Human Rights Watch (HRW) released its 88-page report against North Korea’s criminal justice system, calling its arbitrary, brutal, torturous and procedure less. The report titled, “Worth Leas than an Animal: Abuse and Due Process Violations in Pretoria Detention in North Korea”, highlighted how the country has been conducting human rights violations and scrapping procedures to make way for abusive per-trial detention. The country operates through weak legal and institutional framework, and biased law enforcement agencies functioning on the directions of the country’s ruling Workers’ Party of Korea.

North Korea’s pretrial detention and investigation system is arbitrary, violent, cruel, and degrading. North Koreans say they live in constant fear of being caught in a system where official procedures are usually irrelevant, guilt is presumed, and the only way out is through bribes and connections.

HRW investigated and interviewed eight former government officials, who left the country, and 22 North Koreans – 15 women and 7 men – who were held by authorities in interrogation facilities (kuryujang) since 2011, the year when Kim Jong Un took over the rule. Kim is the third generation of the family which has been ruling the country.

Former detainees said that once arrested they had no access to legal help and had no idea about the produce to be followed. They said it marked the beginning of unfolding of serval years of abuse as once the official investigation started there was no way to escape a sentence of short-term or long-term unpaid forced labor. Many female detainees reported incidents of sexual assault and even rape. They added that one could only come out of the custody through bribes and connections.

The report revealed that the captives were forced to sit still on the floor for days, ‘kneeling or with their legs crossed, fists or hands on their laps, heads down, and with their eyes directed to the floor’. Park Ji Cheol, One of the former soldier who broke rue prison and left North Korea in 2017 “If we moved, we were punished by standing and sitting, doing push-ups, abdominals, or holding onto the metal bars.”

Few of the former government officials told HRW that the Korean regime considered detainees inferior and less than animals and despised to look them in the eyes. Among other torture treatments given to detainees included, hitting – using hands, sticks, or leather belts – and forcing them to run around a yard up to 1,000 times. A former police officer said that the detainees were called by a number and not their names. Adams said, “Former government officials told Human Rights Watch that mistreatment and humiliation are considered a crucial part of the North Korean criminal justice system. The North Korean authorities should bring the system out of the dark ages by asking for international assistance to create a professional police force and investigative system that relies on evidence instead of torture to solve crimes.”

Looking for attaining a better work-life balance? These hacks can be life-saving!