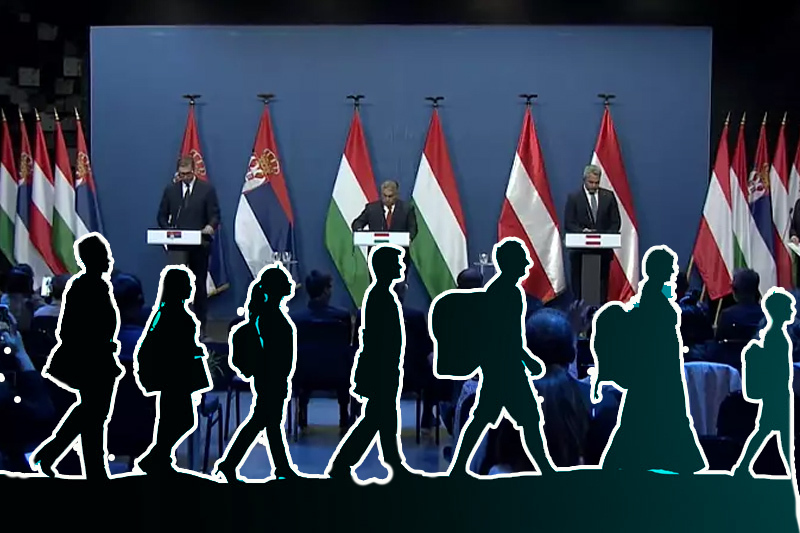 Hungary – The leaders of Hungary, Austria and Serbia met Monday in Budapest to find solutions on how to stop what they say is the growing number of migrants coming to Europe. The leaders of the three countries agreed to take joint action to control new arrivals on the migration route through Serbia.

Austrian Chancellor Karl Nehammer told reporters after the meeting that the joint action plan would include increased police cooperation along the borders, as well as supporting Serbia when it comes to deporting migrants back to their countries. “We will directly support Serbia to carry out repatriations and not only support technical know-how, but also do everything possible that is necessary, and financially support them,” Nehammer said.

The Austrian Chancellor welcomed Serbian President Aleksandar Vučić’s announcement that Serbia will harmonize its visa policy with the European Union by the end of the year so that the visa-free regime with certain non-EU countries will no longer be used for migration purposes.

Hungarian Prime Minister Viktor Orbán called for a general political change in the approach to migration and proposed the creation of so-called “hot spot” centers outside the European Union where asylum requests should be processed. He added that “we are not at all satisfied with the current situation.”

However, this procedure would violate the national laws of some European countries. Among them is Germany, which has enshrined in its constitution the right of every foreigner to apply for political asylum and to verify his or her request individually while in the country.

Among migrants recently detained in Austria who applied for asylum to avoid immediate deportation, Indian nationals made up the largest group in September, according to government data. Citizens of India need a visa to enter the EU, but they can enter Serbia without one. From there, many try to reach Western European countries with the help of human traffickers, according to government statements.

Monday’s meeting in the Hungarian capital came after the Czech Republic and Austria announced last week that they would introduce temporary border controls at border crossings with Slovakia to keep migrants out.

Here are the easiest countries to get a work visa