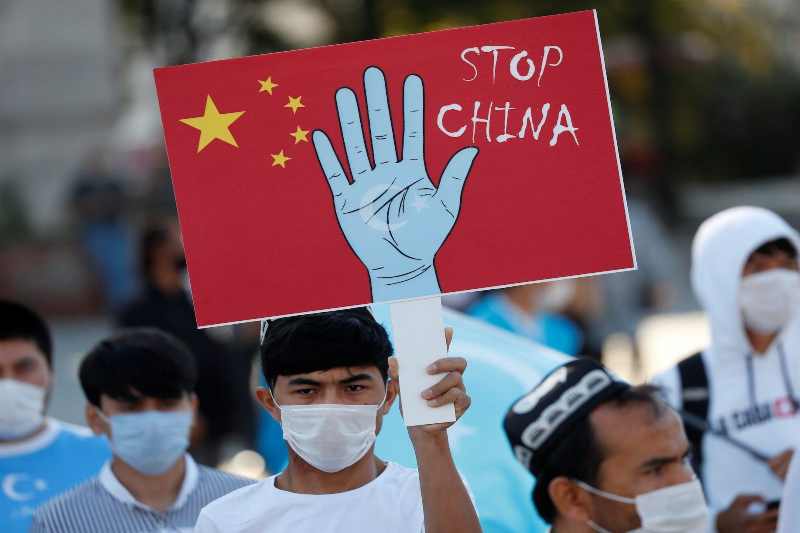 In a new development, a former teacher who was called in to teach at detention centres in Xinjiang has shared horrific encounters of human rights abuses to extreme that have brought the Chinese province at centre of international criticism.

Qelbinur Sidik, a former elementary school teacher was ordered to take over a teaching job at a detention center in Xinjiang province. What she saw horrified her – a young Uyghur woman was being carried on a stretcher by policemen, and she appeared lifeless. She was later told that she died on way to the hospital due to heavy bleeding. A policewoman told her that the Uyghur woman was a victim of gangrape. The investigation done by CNN couldn’t individually verify the claim. Sidnik shared that she was forced to spend many months teaching at two government-run detention centers in Xinjiang in 2017 where she witnessed many such cases.

These allegations shared by Sidnik are similar to those of many former detainees in the detention centers in Xinjiang which Chinese authorities claim to be vocational training centers. Authorities also deny abuse of women at the vast detention network. CNN conducted an investigation where it interviewed many detainees and unfolded horrific experiences of years of abuse, assault, gang rape that has left a permanent scar on these women, but they are not scared of sharing their stories with the sole intent to bring this humanitarian crisis to notice internationally and forcing an intervention and solution.

Sidnik’s testimony is one of a kind where an employee has shared her witnessed incidents inside the detention centers which have been accused by the US of carrying out ‘genocide’ of Uyghur Muslim and other minority groups.

The Chinese government has denied all allegations by the US and human rights organizations around the genocide of Uyghurs. In a statement to CNN, it said, “There is no so-called ‘systematic sexual assault and abuse against women’ in Xinjiang.”