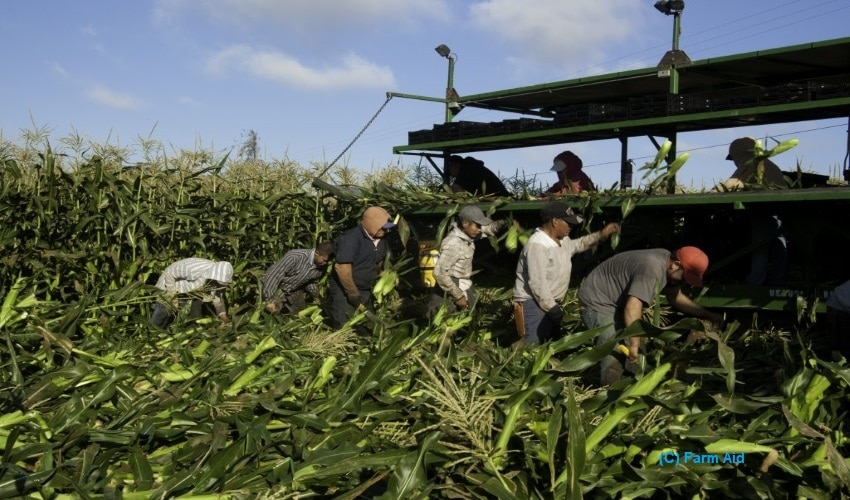 The millions of workers from Central America who were working in the USA in the 80s and 90s often came together to unionise and improve working conditions all across the country.

The millions of workers from Central America who were working in the USA in the 80s and 90s often came together to unionise and improve working conditions all across the country.

In 80s, more than 1 million Salvadorans and Guatemalans came to the United States, often finding work in agriculture and service jobs. But contrary to the current narrative that projects Central Americans immigrating to the states as either national security threats or helpless victims fleeing violence, the workers in those days kickstarted strong workers’ movements and brought about change in mainstream industries that were thought to be too tough to crack by unions.

The 80s, especially the Reagan era, was a tough time for unions. He started his presidency firing 11,000 striking air traffic controllers. Unions were being undermined and wages diminished due to downsizing and outsourcing of industries. Into this milieu, entered these workers from Central America, most of whom were undocumented due to the extremely low asylums being granted at that time. But they also came with the experience of agitations related to unions, peasant leagues and social justice movements.

In California, Salvadorans were a major for in the Justice of Janitors movement that inspired recent minimum wage campaigns. After a decade of wage cuts, the movement came together to reach out to the big corporations in whose offices they worked, rather than go through the small contractors who generally hired them. The movement was led by experienced unionists who engaged in civil disobedience and strikes despite the dangers of being deported. They ultimately won a 22% rise in wages and in the course of the next few years negotiated better wages and healthcare benefits for janitors.

Guatemalans who fled a genocidal army campaign in the 80s eventually landed in Florida to find work in its tomato farms and citrus groves. The work was exploitative and even slavish, with workers being made to tend to fields at gunpoint. They soon came together with Haitian and Mexican workers to form a coalition, uniting agricultural workers using strategies common in Latin American protest movements like street theatre and radio broadcasts. After five years of work stoppages, hunger strikes and marches, they managed to achieve a 25% increase in wages. They continued to engage with fast food giants who sourced their ingredients from these farms to ensure supply chain best practices. In 2015, the coalition received the Presidential Award for Extraordinary Efforts in Combating Modern Day Slavery from President Barak Obama.