Four people have been detained in Akwa Ibom for extorting fishermen 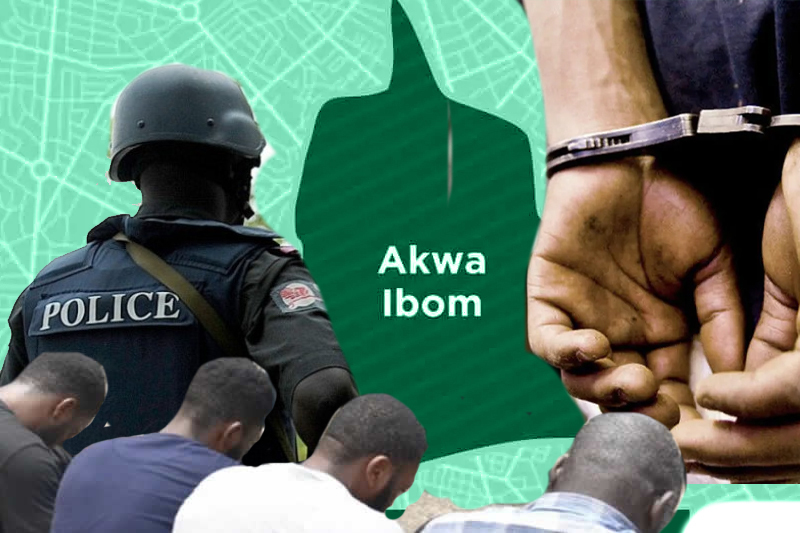 four people have been detained in akwa ibom for extorting fishermen

Akwa: Four guys, believed to be officers or agents of the Akwa Ibom State Ministry of Transportation, were apprehended by youths in the Ibaka Mbo local government area for “illegally extorting” cash from unwary fisherman using bogus names.

The accused were captured and turned over to the Nigerian Navy last week, who then turned them over to the Enwang, Mbo LGA, police for additional questioning.

Human Rights lawyer and counsel for the fishermen in Ibaka, Barrister Oluwajuwon Ogunbiyi, who confirmed the arrest in a statement issued in Uyo on Monday, said that the suspects carry out their nefarious trade by disguising themselves as security agents under the name ‘Government of Akwa Ibom State (Marine Safety, Security, Revenue Surveillance and Enforcement on Water ways/ Water Fronts)’, with which they used to

Ogunbiyi was dismayed that, rather than addressing insecurity in riverine regions, the state administration was reportedly fostering lawlessness by recruiting thugs to “illegally tax impoverished fishermen” in the state.

In addition, he observed that the state governor, Udom Emmanuel, has failed to address the mounting insecurity in the riverine villages despite repeated requests.

Four individuals posing as security agents and claiming to be employed by the Ministry of Transport of Akwa Ibom State were captured by youths of the Ibaka village in Mbo Local Government Area, where they had been extorting fishermen.

The Government of Akwa Ibom State is fostering the breakdown of law and order by recruiting touts, renegades, and unscrupulous characters in an attempt to unjustly tax impoverished fishermen who are now facing daily terrors from sea pirates.

“Despite repeated requests, the Governor has failed to address the issue of insecurity along Akwa Ibom’s waterways. It seems as though the people were left to face the burden of this calamity on their own.”

Odiko Macdon, the Police Public Relations Officer of the Akwa Ibom State command, said he had not been told of the situation, but that he will begin investigating the matter on Monday (today).

He stated, “We do not currently possess such information, but I will investigate. I do not wish to answer a question for which I lack knowledge.”