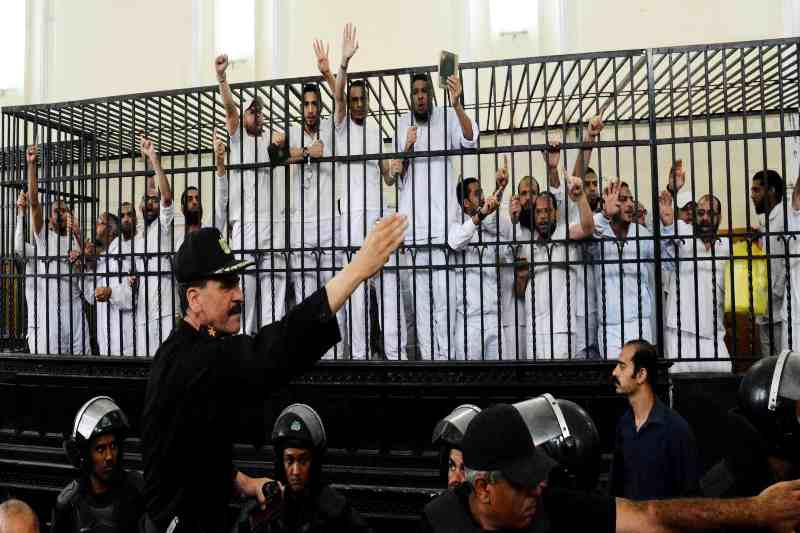 Egyptian prisoners are facing human rights abuses in custody, according to a recent Amnesty report

Several prisoners in Egyptian prisons are subjected to torture and punishment at the hands of authorities, as per a recent report by Amnesty International. Titled “What do I care if you die?-Negligence and denial of health care in the Egyptian prisons,” Amnesty’s 74-page report documents how Egyptian prison officials are forcing prisoners held for political reasons to live in inhumane conditions, torturing them and denying basic healthcare.

According to the report, the carelessness of the prison authorities has resulted in the death of several prisoners and irreparable damage to the health of others. Egyptian human rights groups have also warned of dire living conditions in the country’s overcrowded prisons. They have also reported that hundreds of inmates have died in custody in the past few years.

Reportedly, the prison cells are unsanitary, poorly ventilated and lack basic sanitisation facilities such as access to toilets and water. Prisoners are provided unhealthy food which is severely affecting their health conditions.

“There is evidence that the prison authorities target some prisoners to punish them for their perceived opposition to or criticism of the government,” the report said.

During serious medical conditions, inmates are not allowed to contact their relatives as well. Prisoners are often subjected to self-harm and suicidal thoughts due to a lack of communication with their families. Inmates are grappling with a lack of mental health care in the prisons, as they are denied access to psychiatrists and psychologists. The report also concluded that women inmates have been facing sexual harassment by medical staff in the absence of gender-specific healthcare.

Meanwhile, the Egyptian government has been continuously rejecting reports of torture and unhealthy living conditions in the prisons. While Egyptian authorities have refused to reveal the total number of prisoners held in custody, UNHRC has estimated it at 114,000. Responding to the reports, the Interior Ministry also released a video of Cairo’s Torah prison last week showing prisoners being treated with high-class medical facilities, reading, and painting.