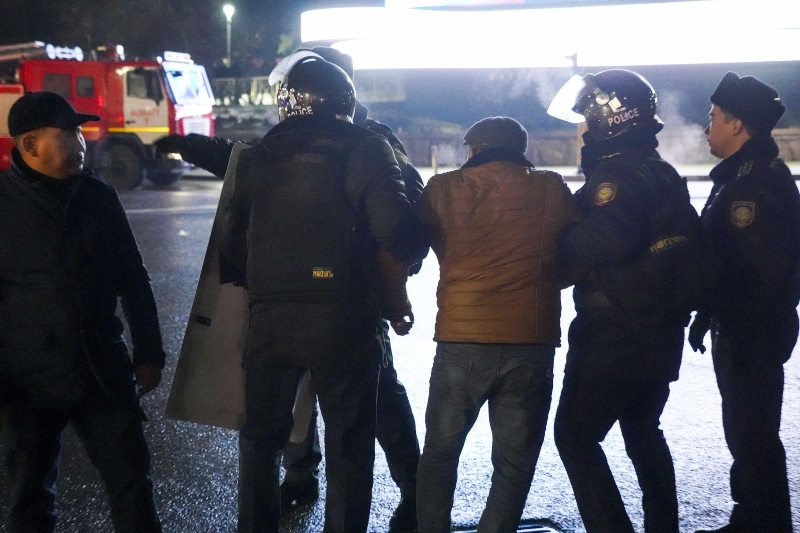 Kazakhstan – is burning more than two weeks back as citizens are being detained without being given any proper reason. The cry over bad governance and rising fuel prices has taken strange proportions as people take to the streets and silently seeking justice.

According to a Human Rights Watch report, Kazakhstan security forces are arbitrarily arresting peaceful protesters and others. Many of those arrested have been ill-treated and tortured. There has also been interference with detainees’ access to lawyers following nationwide protests till January this year.

Stranded Uzbek Migrants in Kazakhstan would be allowed to cross border and head back, confirms Uzbekistan Embassy

Strangely, detainees have been given electric shocks and beaten by batons without being told as to why such third-degree torture is given to citizens who have a right to carry out silent protests. According to Hugh Williamson, Europe and Central Asia director at Human Rights Watch, “Kazakhstan’s arbitrary detentions of peaceful protests and abuse of detainees is a cause for deep concern. “Kazakh authorities should immediately put a stop to the abuses, ensure that every detainee’s rights are protected, and bring to justice those who beat or tortured them.”

According to the Kazakhstan authorities, nearly 10,000 people had been detained across the country in connection with January’s peaceful protests, which later spiraled into unrest and violent clashes with security forces. According to the General Prosecutor’s Office, as of January 25, 898 detainees were facing various criminal charges, including mass rioting and acts of terrorism. Another 63 people already sentenced to detention for administrative offenses remained in custody. Protests in the remote town of Zhanaozen in early January over a sudden fuel-price hike quickly spread across Kazakhstan and led to violent clashes in the country’s largest city, Almaty, and elsewhere. Much of the protesters’ anger appeared directed at former president Nursultan Nazarbaev, who had ruled Kazakhstan since 1989 before handing over power. However, he was widely believed to remain in control behind the scenes. Without providing any details, Nazarbaev called the unrest “an attempt by extremist groups to violate our nation’s unity.”