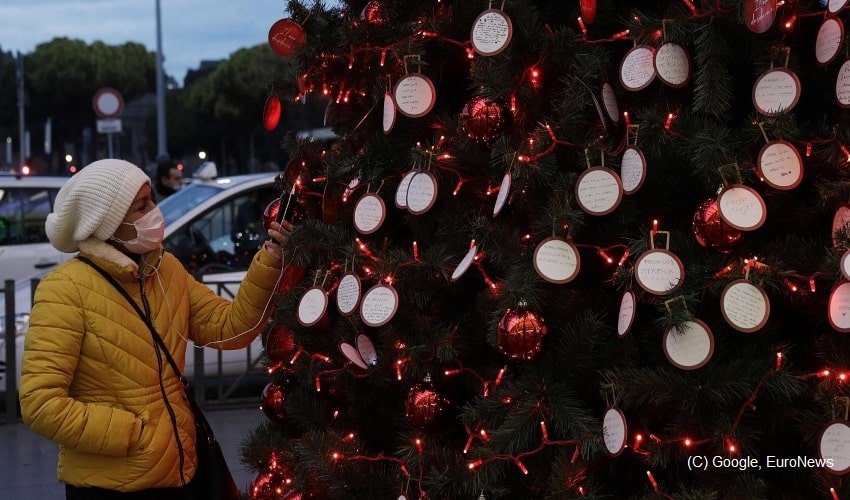 The new measures, announced by the government to stem the coronavirus pandemic, risk closing many businesses after they invested millions of euros in safety

It is a black Christmas for Italian workers, especially those in the entertainment, health, and catering sectors. The new measures, announced by the government to stem the coronavirus pandemic, risk closing many businesses after they invested millions of euros in safety. Health workers took to the streets in these hours in Cosenza and Campobasso.

Ambulance and Emergency Service workers gathered this morning to assert their rights. The lawyer of the Unitary Workers’ Union, Francesco Guido, explains: “Health workers, in our region characterized by waste, ask that their rights be respected, that is those relating to Covid indemnity from those who are called heroes in times of need. But when the work done must be recognized, he disappears and becomes invisible.” The lawyer added: “We will be with them until the dispute is resolved and it is successful. We owe respect to these citizens and these workers, who represent the backbone of our security. If the 118 operators and those in the emergency room get sick, none of us will have any hope of recovery.”

Protests among workers of Venice port

The workers of the tourist port of Venice have been unemployed since February and are exhausted. Protests broke out in the morning in Roma square and Venice to denounce the failure to receive the aid that the state has promised. Even before the Covid emergency exploded in all its gravity, the Venice cruise ship sector started to lose appeal. So much so that from spring 2021, the Italian shipping company MSC had transferred its new hub for trips to Dalmatia and Greece with MSC Lirica from the Venice lagoon to Trieste. The months of the pandemic then froze all the business related to cruises. But it could have been the right time to make decisions on the reorganization of large and small ships in Venice.  Delays have accumulated at the start of the excavation of canals due to political disputes. And finally, the implementation of the Mose system occurred, forcing the port to remain closed.

Roma Metropolitane did not pay salaries

The Roma Metropolitane employees went on strike for three consecutive days, from 16 to 18 December, ending with a protest on the steps of the Capitol, against the non-payment of salaries in November received only in part, and December. Roma Capitale must pay some private companies the sums established by the magistrate in judgments on the subway contracts and other works in which the administration has been a loser. Since Roma Metropolitane is an operational arm of the Campidoglio, the debt is born by Roma Capitale. Who instead of paying as required by law, messes up for months and months, exposing their company to catastrophe.

From Rome to Milan, from Bergamo to Udine, the Bauli In Piazza (BIP) movement of entertainment workers has designed and created a series of illuminated “Christmas trees,” built with flight cases positioned one above the other. It is a symbol-tool that unites all those who work behind the scenes of theaters, cinemas, concerts, fairs, and events. Italian artists have not received any help from the Conte government. The installation of Christmas trees is a way to raise public awareness of the crisis suffered in 2020 by industry operators due to anti-Covid restrictions.

Bar, restaurants and hotels in crisis

If all the parties of year-end 2020 will be different from the usual, for the catering the scenario will be even worse. No large tables, dinners, and lunches with friends, relatives, and colleagues, but lowered shutters and empty rooms, by decree, with the only possibility of delivering and take away which, obviously, only compensates for the losses. We are on the eve of the saddest holidays in modern history. Italian public establishments bars, restaurants, pizzerias, pubs, discos, catering activities are required to collect the pieces of disastrous activities, abandoned to their fate by an insensitive government to the appeals and requests of the category. The new limitations will heavily affect the already disastrous turnover: restaurateurs have already lost over 33 billion out of 86 overall (-38.38%). The announced aids, 3,000 euros per company, are inadequate and insufficient to compensate for their damage.