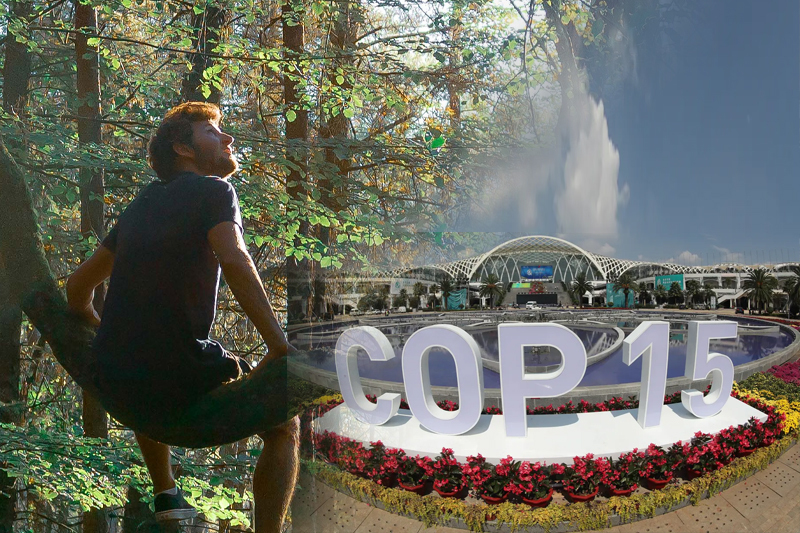 The 15th Conference of Parties (COP15) is one of the most important meetings on biodiversity in a decade. The officials will discuss Global Biodiversity Framework.

An outstanding location for peaceful repose is Bang Krachao Island, which is located across the Chao Phraya River. Locals refer to it as Bangkok’s “green lung” because it provides a little patch of wilderness to counterbalance the city’s constant stream of equipment.

But is it a scene worth applauding or merely a somber reminder of what has been given up in the name of economic development?

With an estimated 15% of the region’s forest lost over the past 20 years, Southeast Asia has some of the highest rates of deforestation in the world.

Companies involved in agriculture, forestry, and charcoal manufacture are mostly responsible for deforestation.

Village migration has its own effects because of lost historical knowledge and cultural ties to the land.

After shady land acquisition negotiations that culminate in “land grabs” and the eviction of Indigenous Peoples and villages, sometimes land is cleansed.

We as consumers have a part to play in the effort to achieve degrowth because we are worried about biodiversity loss and its effects on human rights. During this busy Christmas season, we can choose to buy fewer items and only those with a reputation for long-term reliability.

Additionally, we may support new laws that strengthen corporate sustainability practices, such as those that require due diligence in protecting the environment and human rights, as well as new rules that impose standards for durability.

The 15th Conference of Parties (COP15) for the Convention on Biological Diversity will take place from December 7–19, 2022, and some of these measures will be developed during talks held in Montreal, Canada.

Governments will negotiate a Worldwide Biodiversity Framework at COP15, which is widely regarded as the most significant gathering on biodiversity in ten years. This framework will function as the international strategic plan for biodiversity until 2030.

At COP15, UNDP will do its lot to spread awareness and advance our shared goals. The restructuring of economic sectors and the creation of rules to facilitate corporate disclosures of impacts on biodiversity are among the goals being discussed.

Discussions will also cover initiatives to cut down on food waste and get rid of subsidies that harm biodiversity. The goal of saving 30% of the Earth’s land and oceans by 2030 will be discussed during COP15.