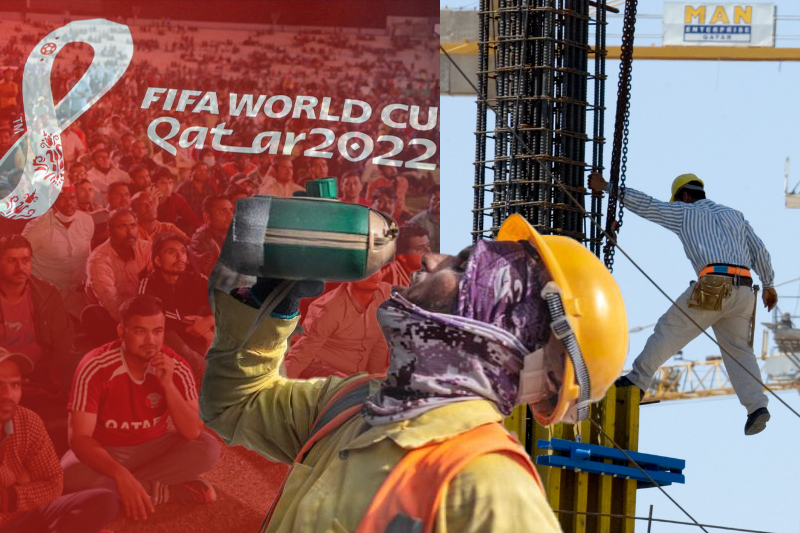 how many migrant workers have died in qatar

Amnesty International claims that Qatar’s labor laws still need to be changed and that widespread practices including holding up wages and charging employees to switch jobs still exist.

The Qatari government refuted claims that migrant workers were being exploited and argued that its labor system was still under development.

Deaths of migrant workers in Qatar

According to research, since Qatar was awarded the right to host the 2022 World Cup, at least 6,500 migrant laborers have perished in the country.

According to Qatar, the number is in line with the scale of its foreign labor force and consists largely of non-manual laborers.

The International Labour Organization (ILO) advises against relying only on such statistics because it is usually given without the required context.

To make it simpler for migrant workers to arrive and exit Qatar, the country’s labor regulations have been loosened.

The minimum wage has been raised by 25% to 1,000 Qatari riyals ($274.65) per month and is now applicable to all workers, not only Qataris. It also established an insurance fund to aid immigrants who had their pay stolen.

FIFA has formally endorsed the establishment of a dedicated ILO office in Doha to assist and counsel migrant workers.

The World Cup jerseys that the Netherlands squad wore will be auctioned off to benefit migrant workers in Qatar.

The family members of migrant workers who were hurt or died while building the World Cup’s infrastructure should receive compensation, according to England’s FA in September.

Concerning the safeguarding of workers involved in the organization of the 2022 World Cup in Qatar, FIFA has stated that it is working on an “exceptional due diligence procedure.”

Amnesty International has urged FIFA to set aside $440 million, equal to the World Cup prize money, as compensation for the human rights violations suffered by migrant workers.