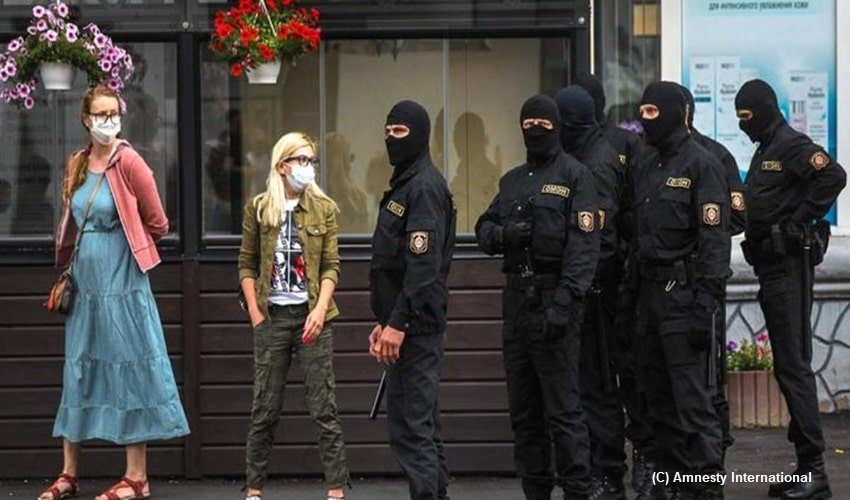 Belarus had picked on women human right activists that were protesting against unfair elections in August 2020.

Women have been imprisoned for educating and sensitizing people over basic human rights. They have been tortured in confinement, refused legal advice and kept without food and water.  Belarus has already received huge amount of world criticism for its unfair methods of re-elections and return of dictatorship under the rule of Alexander Lukashenko. He has been in rule since 20 July 1994 and his re-election has been disputed since 9 August 2020.

In the end of September, Belarus law enforcement officials summarily arrested and detained hundreds of women protesters, taking their fingerprints and photos before releasing them. This happened in broad daylight on the streets of Minsk.

Belarus has repeatedly overlooked international human rights laws; probably under the guise of nothing being a part of the Council of European nations. There have been reports of beatings resulting in broken bones, electric shocks, sexual violence and rape. Crime against women has increased more in the last few months, all under the rule of self-governing Belarusian authorities. The legitimate civic space of even journalists and civilians who want to protest has been restricted, including internet blocking.

The United Nations and various European nations are continuing to support the Belarusian people condemning the behavior of Lukashenko.