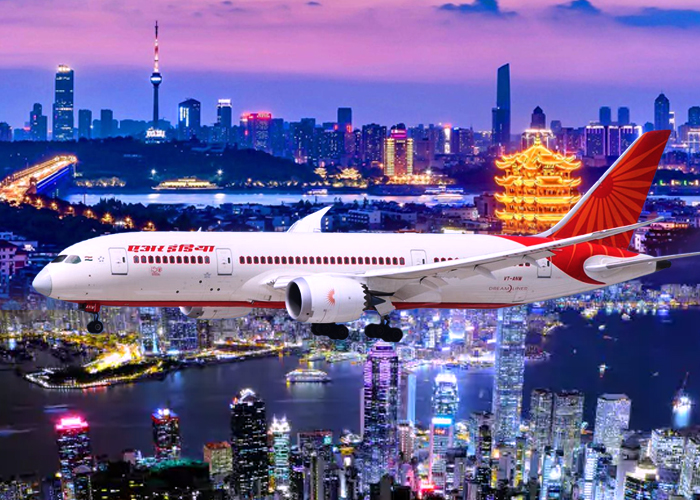 India and China are in talks to commence operations of more flights between the countries under the Vande Bharat Mission (VBM).

India and China are in talks to commence operations of more flights between the countries under the Vande Bharat Mission (VBM). Chinese officials have relayed that they are in talks with their Indian counterparts over the announcement. Indian Embassy in China announced on Monday that Indian official airline, Air India is going to operate four flights to Delhi on November 13, 20, 27 and December 4, 2020.

Furthermore, Indian officials also said that a VBM flight will operate from Delhi to Wuhan on November 6.

Chinese Foreign Ministry spokesperson Wang Wenbin said that Hubei Health Commission’s report says that there are four confirmed cases and 19 asymptomatic cases of Covid-19 in a VBM flight from Delhi to Wuhan that was operated on October 30. This Vande Bharat flight brought 277 Indians to China and expatriated 157 on its return flight.

The two sides are engaging in communication regarding follow-up arrangement for temporary flights.

Air India said that all the passengers boarded the flight from Delhi for Wuhan and had negative Covid-19 reports from certified laboratories. The flight released statement on Monday “Air India strictly adheres to all the safety protocol laid down by the regulatory bodies and conforms to requirements at destination airports.”

According to the Covid-19 protocols in China, all the positive cases will be admitted to hospitals and would be discharged only post negative test for the coronavirus. All the incoming people in China have to undergo a mandatory 14 day quarantine period in hotels designated for the same.

China has recently lifted the travel ban on resident permit visa holders. This has led to increased booking and demand for VBM flights from India to China. In India approximately 2000 Indians who are employed in China or have travel in relation to businesses want to take service of VBM flights. The regular flights operations remain suspended due to Covid-19.