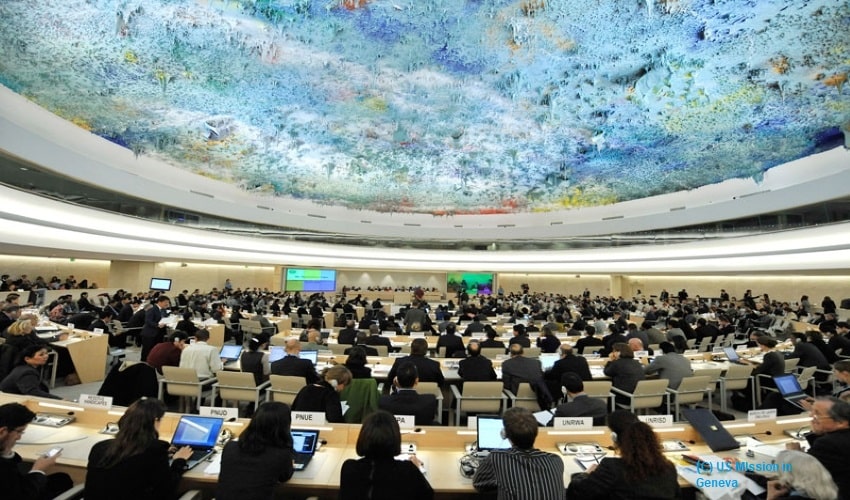 Cuba desire to be a part of the Human Rights Council in the United Nations is become a laughable matter in the media as the country has the worst statistics when it comes to preserving the rights of its own.

Cuba desire to be a part of the Human Rights Council in the United Nations is become a laughable matter in the media as the country has the worst statistics when it comes to preserving the rights of its own.

The country has been known to traffic its own doctors under the guise of humanitarian missions, as stated by the American Secretary of State Mike Pompeo.  According to recommendations made by the Swiss nongovernmental organization UN Watch, Cuba’s name was rejected to be added in the list of new countries that are being vetted to be elected as a 47 member body on a term of two years.

The UN Watch monitors the United Nations’ use of its charter as a metric that recommends if a nation should be included in the sub committees and the works on the Non governmental body or not.  Cuba is said to fallen short every time of having upheld human rights standards and has repeatedly refused UN requests to visit the country.  Cuba has been held responsible for violation of basic rights like free expression, free assembly, torture against homosexual community and arbitrary detention.

Cuba is founding member of the UN Human Rights Council.

The US voted against its creation.

The US pulled out of it.

The illegal US torture camp at Guantanamo is still operational, in spite of a 2009 promise to close it "within 100 days". https://t.co/FCg838ZGYk

In its analysis, the UN Watch has said categorically that, “Cuba is more responsible than any other country in the world for the political manipulation of the UNHRC (United Nations Human Rights Council), sponsoring resolutions that seek to erode the meaning of individual human rights and to empower dictatorships.”

Cuba has been accused of creating more than 400 fraudulent front groups that published false statements praising their 2013 regime. This was discovered once again while the UN was investigating the nation over human rights violation.  Cuba is known to have been using Chinese and North Korean backing to move ahead with its dirty power game, at the expense of curbing free speech.

Currently, there is dictatorial rule in Cuba where only the Communist Party is meant to exist, with lack of any fair election and arbitrary arrests, as a normal way of life.  Under a self created 2019 Decree Law 370, any Cuban found expressing himself or herself openly over the Internet in a manner that offends the existing Castro regime,  is liable to fines and imprisonment.  Cuba has already banned its citizens from hosting web content on foreign servers leaving independent media in jeopardy. Further, Cuba has been ranked 171 out of 179 countries in Reporters Without Borders’ World Press Freedom Index. The Committee to Protect Journalists, Amnesty International and other groups has urged the Cuban government to release journalist Roberto Quiñones from prison. Quiñones has been imprisoned since 2019 because he reported on the Cuban government’s violations of religious freedoms.