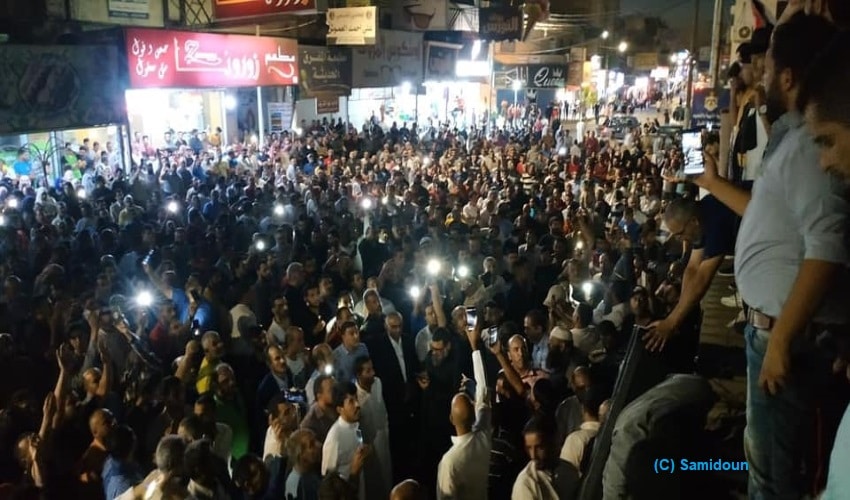 The U.N’s human rights office denounced Jordan’s decision to close the Teachers Syndicate Union, which hit the union’s freedom of voicing and its ability to work independently.

The U.N’s human rights office denounced Jordan’s decision to close the Teachers Syndicate Union, which hit the union’s freedom of voicing and its ability to work independently.

Police raided the Jordan Teachers Syndicate head office in Amman and shut 11 of its branches in the nation, moreover, arrested all 13 board members on July 25, 2020.

The Human Rights Watch stated that Attorney General Hassan Abdallat gave the order to close the Teacher’s Union across Jordan for a time of two years, following a dispute among the Jordanian government and the Teachers Syndicate.

The UN experts described the action of the Jordanian government against the Teachers Syndicate as a serious violation of the freedom of association and expression rights.

Call for the Global Human Rights & Labor Community to stand in solidarity with #Jordan's Teachers Union.

The Jordanian government and the Teachers Syndicate started engaging in a public dispute with the organization since its foundation in 2011, fundamentally over teacher’s salary.

The Union authorities are refusing meals while in arrest and asking for an immediate release to get medical care. However, this harsh step has deprived teachers of a significant mechanism to voice their tensions, and which will impact Jordan’s future education system.

I’m extremely inspired together with your writing talents as well as with the format on your blog. Is this a paid topic or did you customize it your self? Anyway stay up the nice quality writing, it’s rare to look a nice weblog like this one today.