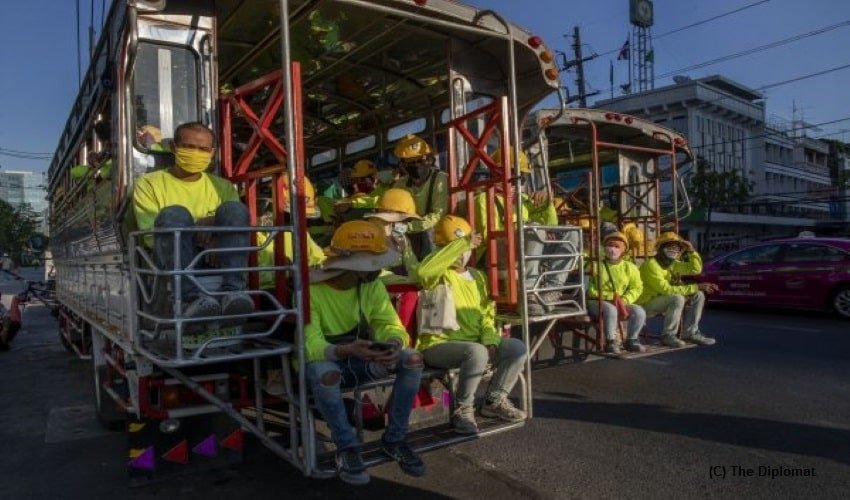 Malaysia is yet another labour intensive market that will pay dearly, if it does not start taking care of its migrant population.

Malaysia is yet another labour intensive market that will pay dearly, if it does not start taking care of its migrant population.  With an economy that is already struggling to recover from the pandemic blow, the loss of precious migrant labour could throw their recovery efforts down the drain.

A migrant labour-intensive economy, it is confirmed, has not done enough to take care of its migrant population that comprise around 15% of Malaysia’s total workforce.

Since the lockdown started, reports have confirmed that thousands of migrant workers have lost their jobs. The International Labour Organization, the United Nations’ labour agency, said in a report that there were cases of migrant workers unfairly terminated or of no salary payments since March.

#Malaysia has done little to protect low-wage migrant workers from the effects of the coronavirus pandemic.
Malaysia is home to at least two million migrant workers, who comprise around 15% of the total workforce.https://t.co/ZGqmiYF2dD

On the flipside are also illegal migrant workers who have been doing work for unregistered companies and were caught in a government raid in May 2020.  Surprisingly, these are the same workers who had been cramped in overcrowded detention centers that later became the hotbed for the Covid-19 outbreak amongst the migrant workers.

All this shows that the Malaysian government has not taken the care and wellbeing of its migrant population seriously. In April, a senior minister argued publicly on why the workers were the responsibility of their respective embassies. This was reported by Khazanah Research Institute, a not-for-profit institute that is sponsored by Malaysia’s sovereign wealth fund, Khazanah Nasional.

The messaging has been confusing. It seems different factions have been at work in the Malaysian government. A few months ago, the government reassured of Covid-19 testing and care of all immigrants irrespective of their employment legitimacy. Later, there were systematics raids leaving the illegal ones tense and scared. Owing to the fact that the economy heavily depends on migrant labour, there is only sense in combining resources with other South East Asian countries and figuring a way out to ensuring the well-being and safely of migrant worker force in times to come.

If you want to use the photo it would also be good to check with the artist beforehand in case it is subject to copyright. Best wishes. Aaren Reggis Sela

Everything is very open with a really clear description of the issues. It was truly informative. Your website is very useful. Thanks for sharing. Pierette Frankie Fiorenze

Good post. I learn something new and challenging on websites I stumbleupon on a daily basis.
It’s always useful to read through content from other writers and practice something from their websites.

I cannot thank you enough for the blog article. Really thank you! Much obliged. Judi Moises Witt