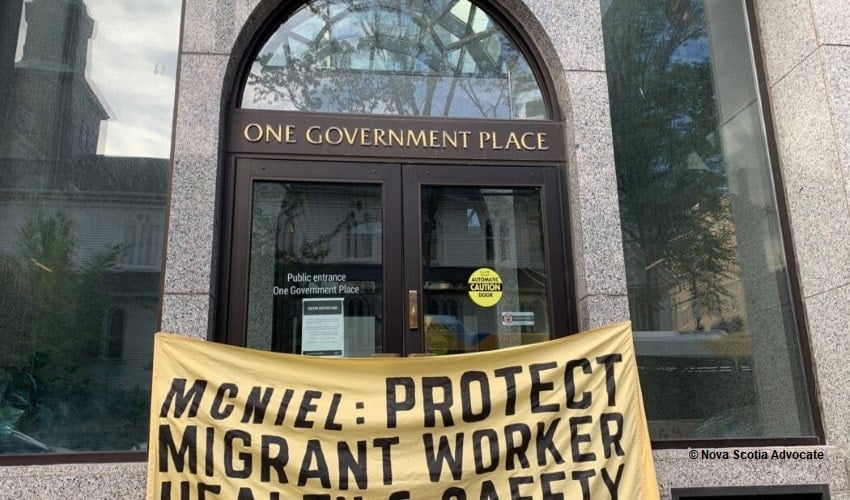 In an open letter to the McNeil government, over 30 unions, educational institutions, rights advocates and social justice organizations across the province of Nova Scotia have asked for action on migrant workers rights.

In an open letter to the McNeil government, over 30 unions, educational institutions, rights advocates and social justice organizations across the province of Nova Scotia have asked for action on migrant workers rights. The prompt call for immediate action on rights was in the light of Stephen McNeil’s announcement of stepping down from power as premier. The activists and rights advocates are thus renewing the previous demands of reworking on the migrant rights in the region.

Today, 32 organizations & unions in Nova Scotia issued an open letter to the govt calling for action to protect the health and safety of migrant workers in the province… call to grant permanent residence status for all migrants.https://t.co/6FFl8NhOKs

Discrimination against migrant workers has always been a topic of protests in region, and with spike in these incidents the activists are bolstering their demands of amendments in rights. Last week there were reports that Nova Scotia’s migrant workers were being prohibited from leaving a strawberry farm their workplace unlawfully. Also there were reports of mistreatment at Balamore Farms in Great Village. Furthermore, approximately89 complaints have been made by migrant workers in Nova Scotia  to the Mexican government since 2009 for allegations of wage theft, and inadequate and cramped housing conditions. The current Covid-19 pandemic has only worsened the health and safety risks for migrant workers.

The open letter by activists and migrant rights advocates includes 17 demands for the Nova Scotia government. These include “access to public health care for migrant workers, an end to the practice of unlawfully preventing them from leaving farms, proactive inspections, protection against retaliation, and enabling them to exercise the right to refuse unsafe work.”