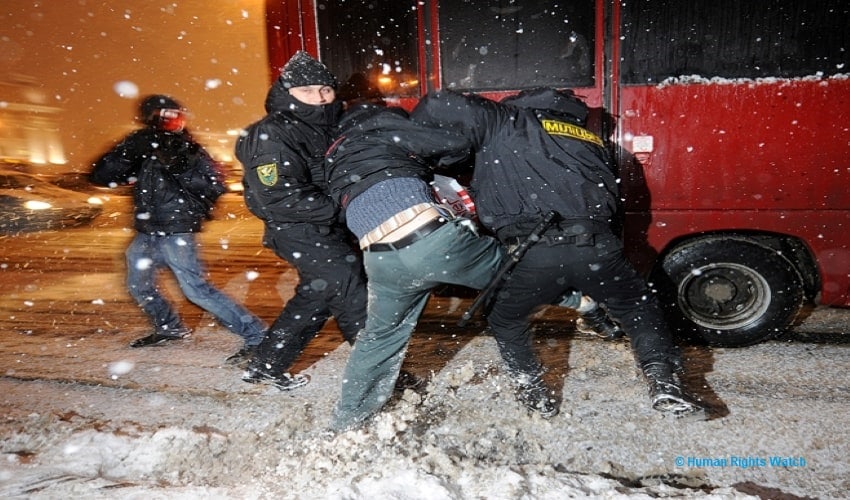 Crowds of civilians in Belarus have had to take to the streets as they wish to do away with dictatorship. They are done with the authoritarian leader being yet re-elected without fair elections

Crowds of civilians in Belarus have had to take to the streets as they wish to do away with dictatorship. They are done with the authoritarian leader being yet re-elected without fair elections. But the sense of democracy is diminishing in Belarus as this week news poured in about thousands of protestors being detained and subjected to police brutality; all in captivity as they asserted their right to good governance through peaceful demonstrations.

The battle for good governance has been ongoing for the last 26 years. Citizens of Belarus have been seeking new leadership that would replace the draconian rule of President Alexander Lukashenko. He is known to have held the office of the ex-Soviet nation with an iron hand for the last two decades.  His election win this time, is suspected to have been supported by vote rigging and arrest of opposition supporters.

[SOUND ON] "It feels like we live in Middle Ages." Here is audio recorded last night near the Minsk detention center where hundreds/thousands are being kept, indoor and outdoor. You can hear screams and moans from beatings. pic.twitter.com/flb4CjdyDY

Social media has been buzzing with news over thousands of civilians being arrested, protesting against unfair election procedures and being kept in detention centers. In a secret video shared from one of these detention centers, it is clear that men have been made to stand in public areas for hours together without food and water. Women have been confined and beaten up too. The condition of civilians has been thrown back to days of savagery.

According to the reinstated President Lukashenko, those demonstrating against him have “long criminal records”. But there is no evidence to prove this so far and police brutality is appalling.  Such use of violence only goes onto show lack of respect for the voice of democracy and the fact that the re-election for Lukashenko has not been fair.

As of now, the UN’s human rights chief has been vocal is saying that Belarusian authorities should not use force. This should be a measure of last resort. The EU has condemned what it described as “disproportionate and unacceptable” state violence against peaceful protesters.

The main opposition candidate has been forced to flee with her children to Lithuania. Svetlana Tikhanovskaya was standing to support her husband who was apparently jailed in the run up for the election. Sergey Tikhanovskaya is a popular blogger and former candidate who had been jailed since May. As results started folding out, Ms. Tikhanovskaya was in her right to ask for a recount of votes as a popular poll in Belarus could prove that she had actually won across 80 polling stations in Belarus. Then what really went wrong? It was again power over justice that has won, when Ms. Tikhanovskaya was rounded-up by the police and threatened with her life.

It is coming out in the open that Lukashenko recent win has been due to suspect rigging of votes. He has then resorted to use physical power through police personnel to silence the voice of civilians in Belarus protesting unfair election. Since 1984, Lukashenko has used Belarus as a serving point for Russia, ruining the economy and preventing any kind of freedom of press and privatization. He is known to have been arresting political rivals and continuing to control office for the last 26 years. He has been repeated elected to the office and does not let any opposition stand in its way. Right now, the city is burning down in protest; there is dictatorship in play, and this is a hard fact staring democracy in its face, something Lukashenko stands answerable to.