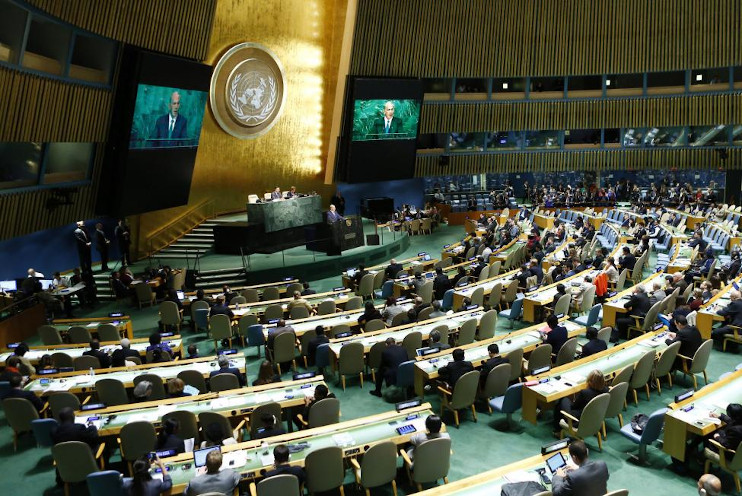 The United Nations General Assembly condemned what it described as “continuing, massive violations of human rights in North Korea” in an annual resolution rejected by Pyongyang.

The 193-member General Assembly approved the resolution, which was sponsored by dozens of countries, including the United States, without a vote. Such decisions are not binding, but they can constitute a political weight.

Kim Song, North Korea’s ambassador to the United Nations, told the General Assembly that the resolution “has nothing to do with the promotion and real protection of human rights, because it is a polluted product of political conspiracies from hostile forces seeking to discredit the dignity and image of the Democratic People’s Republic of Korea and topple our social system.”

A UN human rights report in North Korea concluded that the country’s security leaders, and perhaps leader Kim Jong Un himself, should be brought to justice for overseeing “a system of atrocities along the lines of the Nazi regime.”

Then the United States angered North Korea by including Kim on a human rights violation blacklist.

At least eight Security Council members this month called for a meeting on human rights violations in North Korea. Pyongyang replied that it would regard such a move as a “serious provocation” that required a strong response. you can see more articles about human rights latest news.