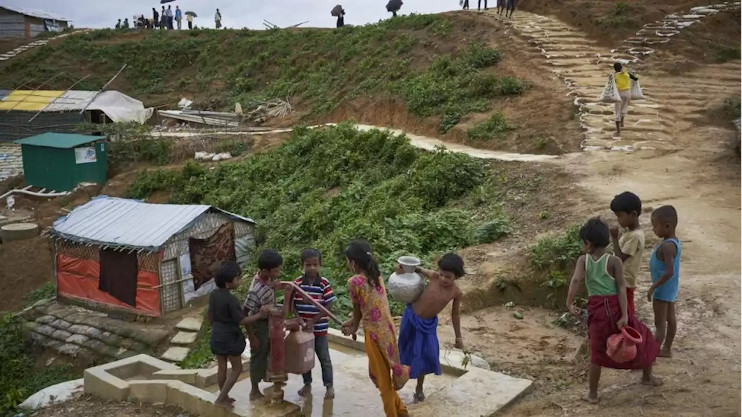 The United Nations requested on Tuesday 877 million dollars for the current year to help hundreds of thousands of Rohingya refugees in Bangladesh and the countries receiving them as refugees.

The funds requested by the High Commissioner for Refugees and the International Organization for Migration will meet the needs of 855,000 Rohingya who have sought refuge in Burma and more than 444,000 Bangladeshis are receiving them, the agencies said in a statement.

The Rohingya Bidun are among the most persecuted people in the world and are stuck between Burma, who reject them as Bangladeshis who refuse to integrate them into their society and force them to reside in random camps.

Since August 2017, 740,000 Rohingya have taken refuge in Bangladesh to escape the abuses of the Burmese army and Buddhist militias, which UN investigators have described as “genocide.” Burma has rejected the accusations, explaining that it launched a military operation after attacks by the Rohingya rebels, calling them “terrorists.”

Hundreds of thousands of Rohingya still live in camps in Burma, according to Amnesty International, in the absence of freedom of movement, limited job opportunities, medical care and education. Bangladesh and Burma have signed an agreement on the return of the refugees, but a few have decided to return for fear of their safety.

In Geneva, the Bangladesh Foreign Minister, Shahryar Alam, asked the international community to support the agreement. “We expect the UN member states to do everything in their power to put pressure on Burma to return their citizens with certainty and voluntarily,” he told reporters.

The two organizations consider that “the Rohingya clearly want to return to their homes, but only if they are safe with their families and when they obtain their basic rights and services and verify that the way to obtain Burmese citizenship is open.” “Getting a clear position on the issue of nationality is the most important,” said UNHCR official Filippo Grandi, along with the Bangladesh foreign minister. “Until then, the world must support the Rohingya, the government and people of Bangladesh to receive them,” he added in the statement.